Home Countries Tom Curran: Hard not to think of the World Cup

Tom Curran: Hard not to think of the World Cup 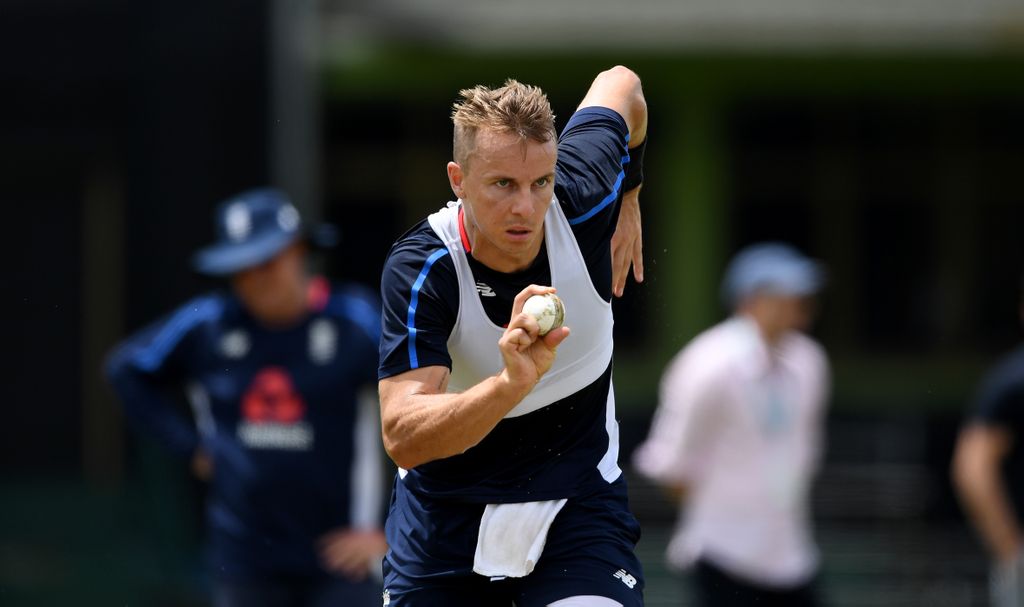 Tom Curran is hoping to use the ODI series against Sri Lanka to make himself a permanent fixture in England’s side as they build-up towards next year’s World Cup.

Curran had enjoyed a good stint in England’s ODI side on tours to Australia and New Zealand earlier this year but injuries ruled him out of the entire international summer at home.

England start a five-match ODI series in Sri Lanka on Wednesday and Curran is keen to put down a marker in those games as the visitors will be missing first-choice pair Liam Plunkett (for the first three matches) and David Willey.

Curran told Sky Sports: “I came back from the IPL and picked up a couple of niggles when we were playing Australia so that was very frustrating but at the same time you get time to reflect and set goals.

“It’s hard to think too far ahead, but it’s [also] hard not to think of the World Cup so it will just be about small steps – get in the side for the first ODI, push on in this series, take that through to West Indies and then next summer.

“There was that five-wicket haul against Australia which was almost ‘right, you can do it at this level’ – when you make your debut there will be nerves, more about doing it on this stage – now it’s about making it permanent in the side so I’m one of the first bowlers on the team sheet.”

The series could also potentially see Tom and his brother Sam play for England together for the first time.

Sam has made a terrific start to his Test career but will now want to prove his white-ball credentials.

Tom said: “It all happened so quickly. One day you are playing in the garden together and the next thing you are watching him to do it in a Test match. I’m so proud and hopefully it’s just the start.”