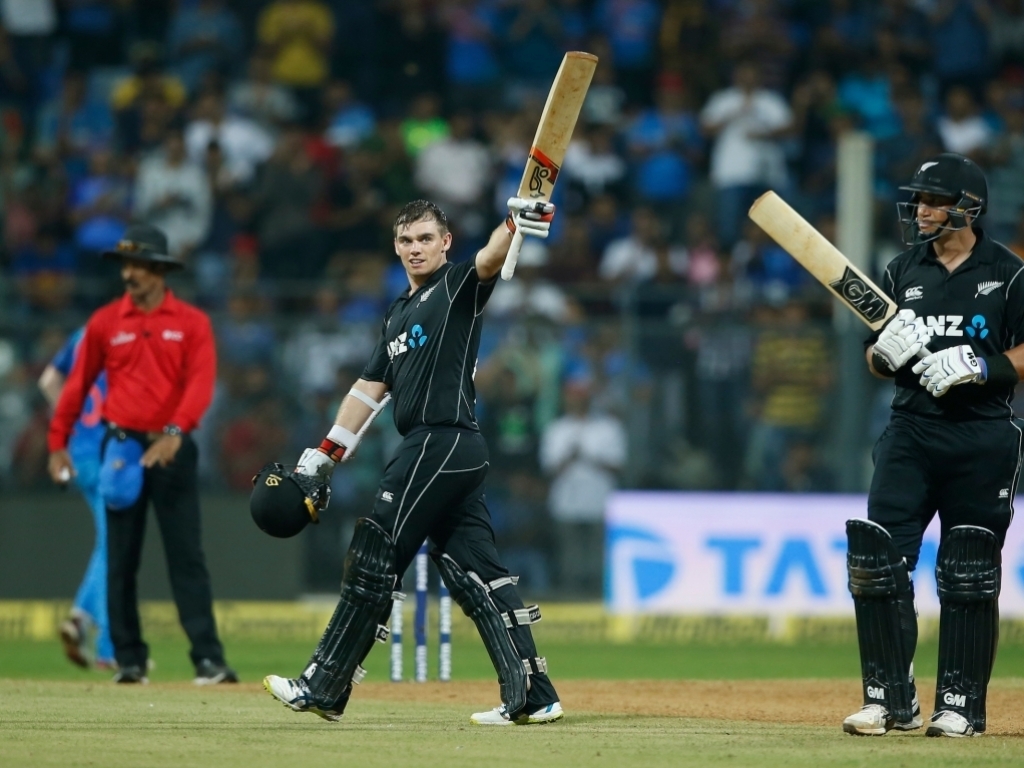 Tom Latham struck an unbeaten century to guide New Zealand to a six-wicket victory over hosts India in the first of three ODIs in Mumbai on Sunday.

Batting at number five, Latham scored 103 not out off 102 balls as the Black Caps chased down a target of 281 to win with an over to spare and six wickets still in hand.

The left-handed Latham shared in a match-winning partnership of 200 for the fourth wicket with Ross Taylor, who hit an important 95.

The pair came together in the 18th over with the Kiwis on 80/3 and the game still very much in the balance.

Earlier, India skipper Virat Kohli hit his 31st century in his 200th ODI as the home team reached 280/8 in their 50 overs.

Dinesh Karthik scored 37 but no other home batsman got more than 26 as Kohli batted until the last over.

India now need to win the second ODI in Pune on Wednesday to stay in the series.