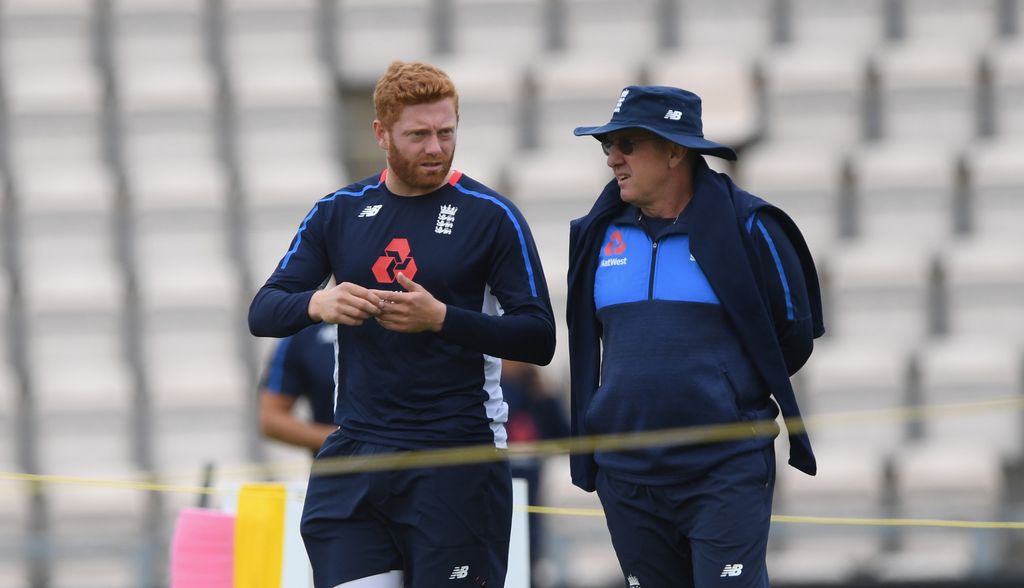 England coach Trevor Bayliss says they could play three wicketkeepers in the same XI in the second Test against Sri Lanka, starting in Kandy on Wednesday.

Jonny Bairstow, who sat out the Test victory in Galle, is set to return as he has recovered from his ankle injury.

Bairstow’s replacement behind the stumps, Ben Foakes, certainly took his chance in Galle as he scored a century on debut and was generally tidy with the keeper gloves.

ALSO READ: Foakes happy to play his natural game of ‘nudge and nurdle’

Buttler returned to the England Test team earlier this year and played some match-winning innings in the number seven position and it does not seem as if his place in the XI is in danger.

Bayliss told BBC: “Foakesy obviously showed what a class keeper he is. How we fit everyone in is the big question?

“Perhaps we can get them all in, three wicket-keepers who are among our best fielders, so that wouldn’t be a problem.”

Bayliss described the selection dilemma as a “fantastic position to be in”.

England’s victory in the first Test ended their 13-match winless streak away from home.

Asked if the tour is a chance to experiment, Bayliss said: “To come here and win we can’t keep doing the same things that England teams have done in the past.

“We’ve got to do something different. That might be team selection, that might be how we go about it. So anything’s possible.”