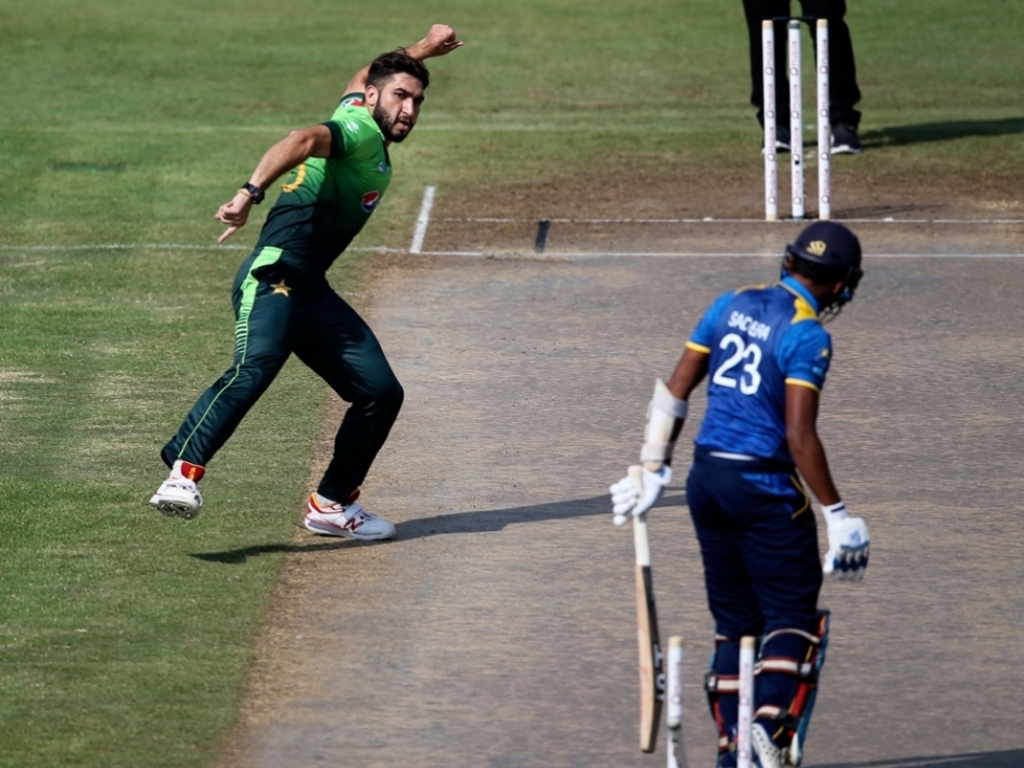 Usman Khan took five wickets in just his second game as Pakistan demolished Sri Lanka by nine wickets in the fifth and final ODI in Sharjah to complete a five-nil series sweep.

A left-arm seamer, Usman ripped the heart of the opposition top-order taking the first five wickets to fall as Sri Lanka stumbled to 20/5 inside seven overs.

Three of the top five batsman of Sri Lanka failed to trouble the scorers as Usman demonstrated an array of seam and swing bowling to eventually finish with figures of 5-34 from seven overs.

Thisara Perera, batting at number eight, top-scored for Sri Lanka with 25 while the only other players to reach double figures were Lahiru Thirimanne (19), Seekkuge Prasanna (16) and Dushmantha Chameera (11) as Sri Lanka were skittled out for 103 inside 27 overs.

Seamer Hasan Ali (2-19) and leg-spinner Shadab Khan (2-24) took the rest of the wickets after the early bowling masterclass of Usman.

Pakistan wasted little time in knocking off the runs as openers Imam-ul-Haq (45 not out) and Fakhar Zaman (48) put on 84 for the first wicket with the winning runs being hit in the 21st over.

Both teams will now prepare for a three-match T20 series with the first game in Abu Dhabi on Thursday and the final match set to be played in Lahore on Sunday.