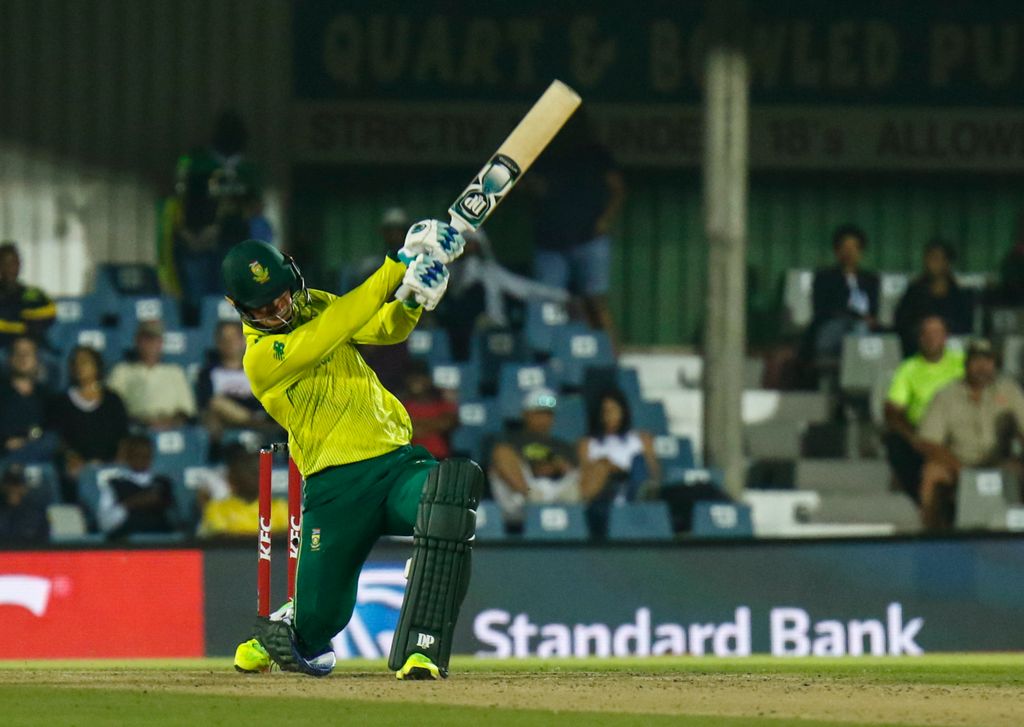 A fifty on international debut from Rassie van der Dussen and a five-wicket haul by veteran spinner Imran Tahir fired the Proteas to a 34-run victory over Zimbabwe in the first of three T20Is in East London on Tuesday.

The Proteas, who opted to bat first, got off to shaky start on their way to a total of 160/6 as they lost another debutant, Gihan Cloete (2), and Quinton de Kock (5) within the first two overs with only 11 runs on the board.

Batting at number four, Van der Dussen then joined his captain Faf du Plessis for a partnership of 41 with the skipper in a particular aggressive mood as he stroked 34 off just 20 balls, including five 4s and two 6s.

Zimbabwe’s young leg-spinner Brandon Mavuta (1-19) broke the stand in the seventh over when he had Du Plessis caught on the cover boundary.

David Miller (36) joined the new cap in middle and the pair steadied the innings with stand of 87 for the fourth wicket and set the platform to launch at the death.

Van der Dussen would eventually fall, for 56, to the excellent death bowling of Christopher Mpofu (2-24) while Kyle Jarvis took 3-37 to restrict the hosts to a par score.

Zimbabwe got off to a disastrous start with the bat as Tahir, who bowled the second over of the innings, nipped out Chamu Chibhabha (3), Hamilton Masakadza (1) and Tarisai Musakanda (0) to reduce the visitors to 11/3 after 3.2 overs.

Brendan Taylor (19) and Sean Williams (21) tried to bring things back together but their 29-run partnership was ended by paceman Junior Dala (2-25).

Tahir returned to take the wicket of Williams and got his ‘fifer’ the very next ball when he trapped Elton Chigumbura plumb in front as the leg-spinner completed career-best figures of 5-23, his second five-wicket haul in T20Is.

At 70/7 after 12.5 overs, Zimbabwe looked dead and buried but PJ Moor hit some lusty blows to record 44 off 21 balls while Mavuta swung his willow manfully to record 28 from 14 deliveries to make the defeat closer that it seemed.

In the end, the Proteas bowled their African neighbours out for 126 in 17.2 overs and will now look to wrap up the series in Potchefstroom on Friday.