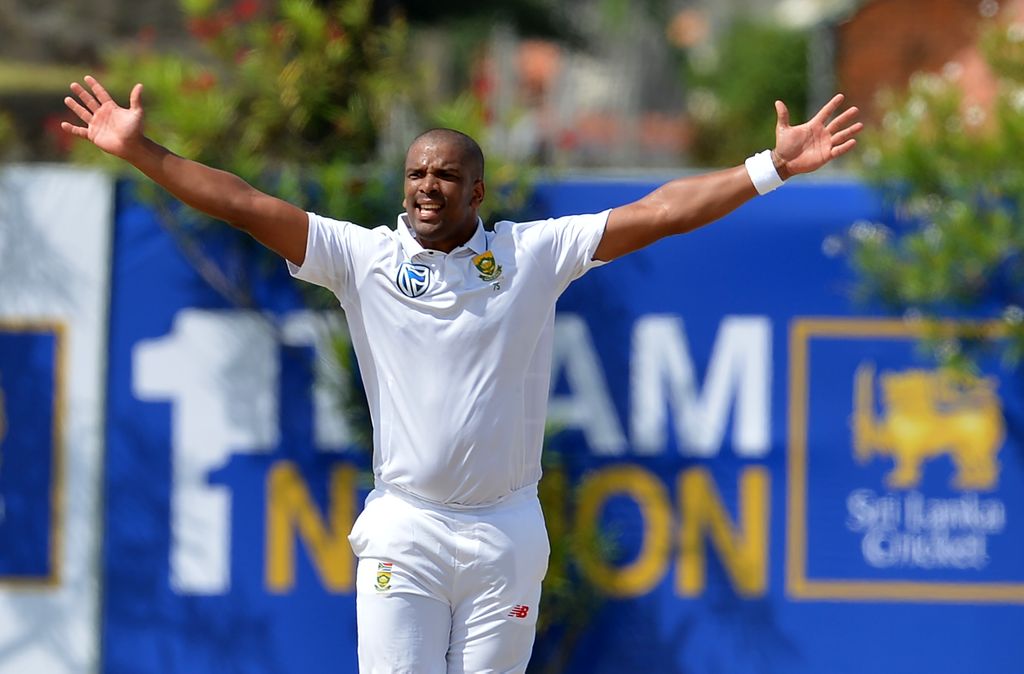 Proteas coach Ottis Gibson has confirmed that seamer Vernon Philander will miss the first Test against Pakistan, starting on Boxing Day, after sustaining a hairline fracture on his right thumb.

The news will come as blow to the hosts as their pace bowling stocks was already weakened after Lungi Ngidi was ruled out until February due to a knee injury.

Philander played in seven of the ten matches for the Durban Heat in the recent Mzansi Super League but is now in a race to be fit for the New Year’s Test at Newlands.

Dale Steyn, Kagiso Rabada and Duanne Olivier is expected to be the three fast bowlers selected for the first of three Tests against Pakistan.

Gibson said: “If you look at where we are, Steyn, Rabada and Olivier become very important to us.

“We just want to manage them as best we can. We’ve seen how Dale’s been going. I don’t want to say we’ve seen a transformation because he’s always been a top player, but he’s back to full fitness and performing like the player of old. KG (Rabada) as always is very important to us.”

“We’ve looked at a few bowling options over the past 14 months and we’ve got what we feel now is a very good bowling attack and group.

“You’ve got Steyn, Rabada, Philander, Ngidi and Olivier, who’s been in-and-out, but always in our thinking.

“That’s the making of a good attack in any form of the game. My job now is to keep them fit and fresh for them to be at their peak at international level.”

After the three-match Test series, Pakistan will also five ODIs and three T20Is in South Africa.