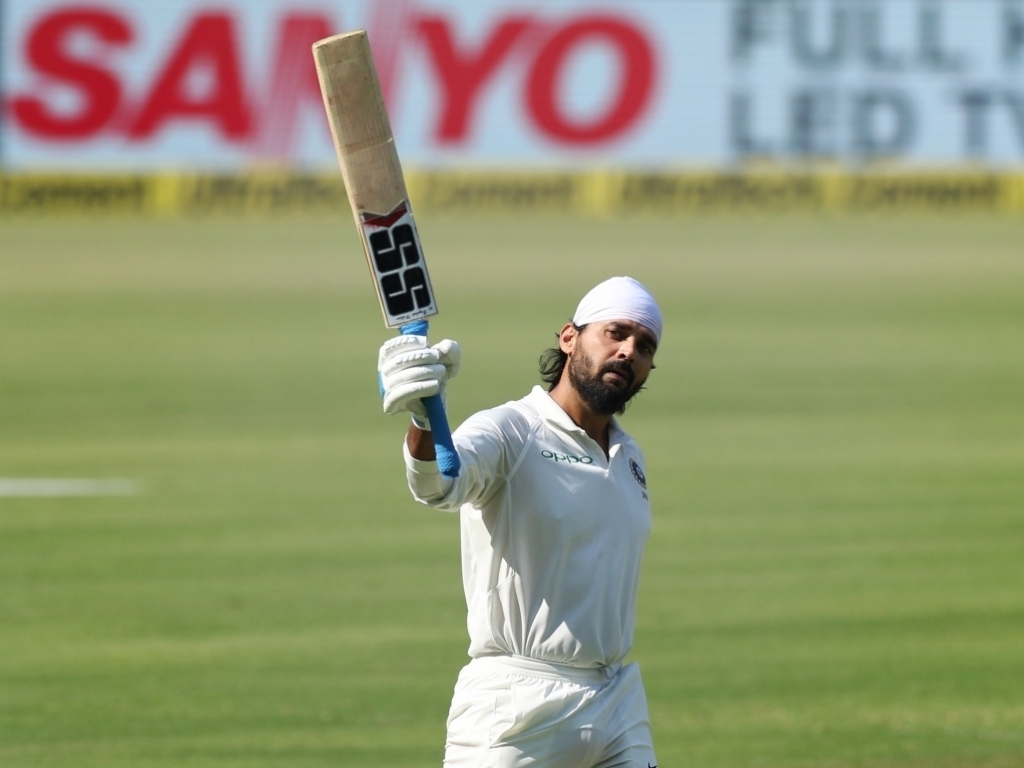 Murali Vijay and Cheteshwar Pujara both hit centuries as India dominated the second day of the second Test against Sri Lanka in Nagpur on Saturday.

Vijay hit 128 and Pujara was unbeaten on 121 as India went to stumps in a powerful position of 312/2, a lead already worth 107 after Sri Lanka were bowled out for just 205 on the first day.

The right-handed duo resumed the second day on 11/1 after the loss Lokesh Rahul (7) late on day one and batted untilwell into the final session for stand worth 209.

Opener Vijay was the first to go to his ton, the 10th in his 52nd Test, bringing up the milestone in the second session off 187 balls.

Pujara went to his 14 Test hundred in the final session and continued his good form having struck a half-century on a difficult pitch in the first Test.

Sri Lanka eventually made the breakthrough in the 76th over of the innings when left-arm spinner Rangana Herath had Vijay caught by Dilruwan Perera.

If the visitors thought they would get more joy late in the day they were badly mistaken as India captain Virat Kohli continued to pile on the misery stroking an unbeaten 54 off just 70 balls.

The third wicket stand between Pujara and Kohli is already worth 96 and the pair will look to bat the visitors out of the game on day three.