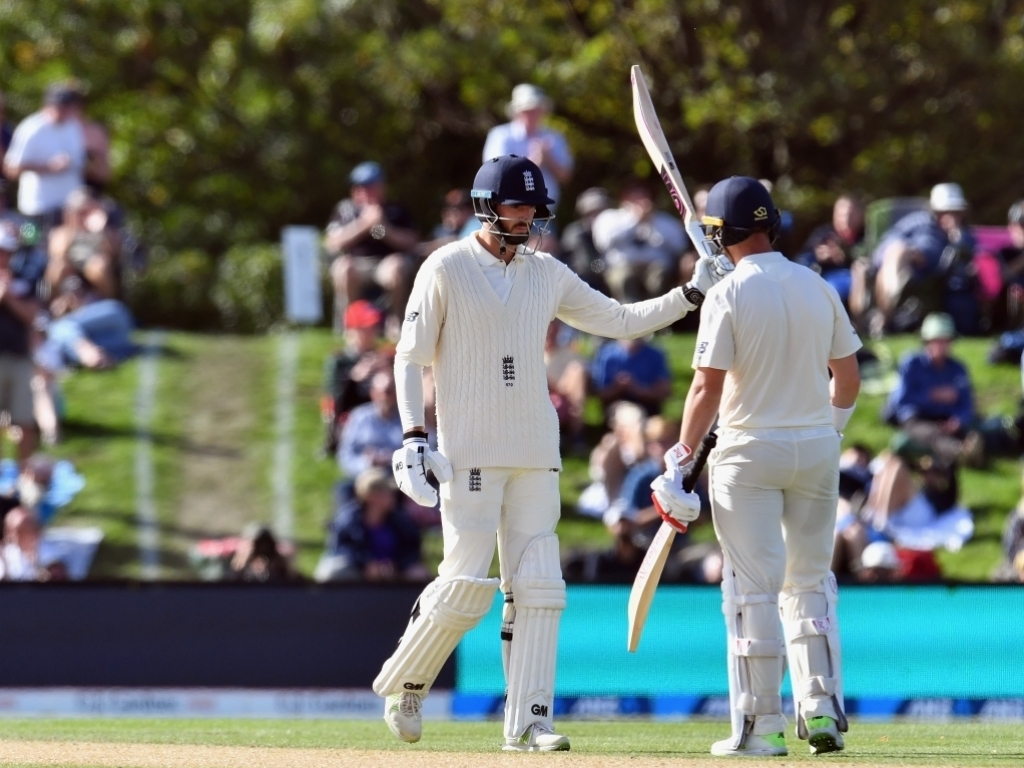 England find themselves in the drivers seat at stumps on a day three of the second Test against New Zealand in Christchurch, the visitors closing on 202/3 an overall lead of 231 with seven wickets still in the bank.

After the home team were bowled out for 278 in reply to England’s first total of 307, the tourists lost the wicket of Alastair Cook (14) early in the piece.

However, Mark Stoneman (60) and James Vince (76) added 123 for the second wicket but both lost their wickets in the final session as the Black Caps tried to fight back.

Left-arm seamer Trent Boult, who took four wickets in the first innings, has another two in the second innings while new-ball partner Tim Southee, who finished with six in the first dig, has the other scalp.

Earlier, BJ Watling, who resumed on his overnight score of 77, could only add eight runs before he was bowled by James Anderson.

Stuart Broad added another two wickets in the morning session to take his figures to 6/54 while Southee hit a valuable 50 batting at eight for the Kiwis.

Anderson finished with figures of 4/76 and him and Broad will again be key in the final innings as England try to level the series.