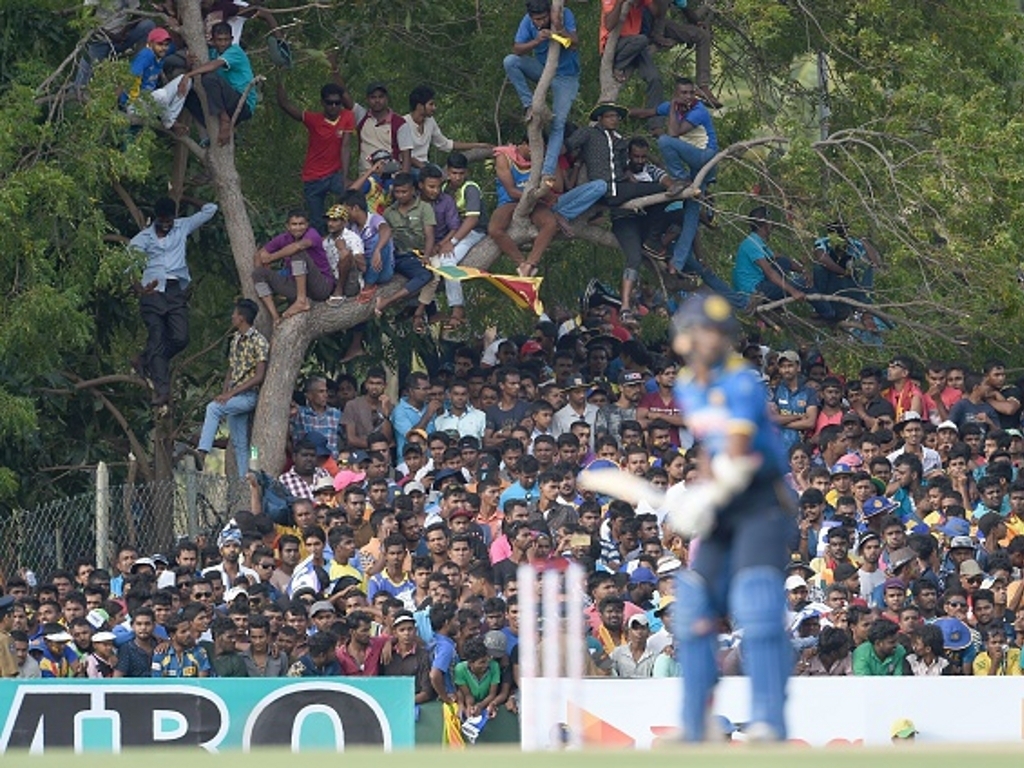 Violent clashes between cricket fans and police outside of the Rangiri Dambulla International Stadium marred the third and fourth ODIs between Sri Lanka and Australia.

Legitimate ticket-holders were unable to gain entry into the ground due to the clashes outside the sold out stadium.

Sri Lanka Cricket have issued an apology to ticket holders who could not enter the ground and condemned the actions of spectators who forced their way inside the 18,000 capacity stadium.

This series was the first in Sri Lanka to make use of an online booking system, however the bulk of the tickets sold were bought from conventional outlets.

An SLC release said: “SLC has clearly advertised the selling points of tickets, and has sold their tickets prior to the match at 18 outlets island-wide, including in Dambulla, Matale and Anuradhapura,

“Ninety per cent of the tickets were reported sold through the above network and only 10% via internet.

“Public who did not purchase their respective tickets prior to the match behaved in an unruly manner, causing a situation outside the main gate.

“As a result, even the people who purchased the tickets could not come into the ground, due to the heavy traffic congestion caused by the unruly crowd who were blocking the main road in protest.

“Sri Lanka Police made several requests to the protestors to move out of the road to enable the genuine ticket holders to enter the ground.

“More than 2000 spectators who had purchased tickets complained that they could not get into the grounds within the first two hours of the play.”

Officials were forced to open the gates to all outside the stadium in order to clear the congestion, resulting in an overcrowded and dangerous stadium.

The protesters threw stones at the police but no serious injuries have been reported.

The SLC statement continued: “SLC would like to state that this kind of behaviour is unacceptable and would like to denounce the violent behaviour of the protestors who pelted stones at the police and damaged property of the stadium.

“As a result, Sri Lanka Police had no choice but to use minimal force to curb the situation.”

The ticketing system has been in place throughout the series but only Dambulla has had any issues with crowd violence.