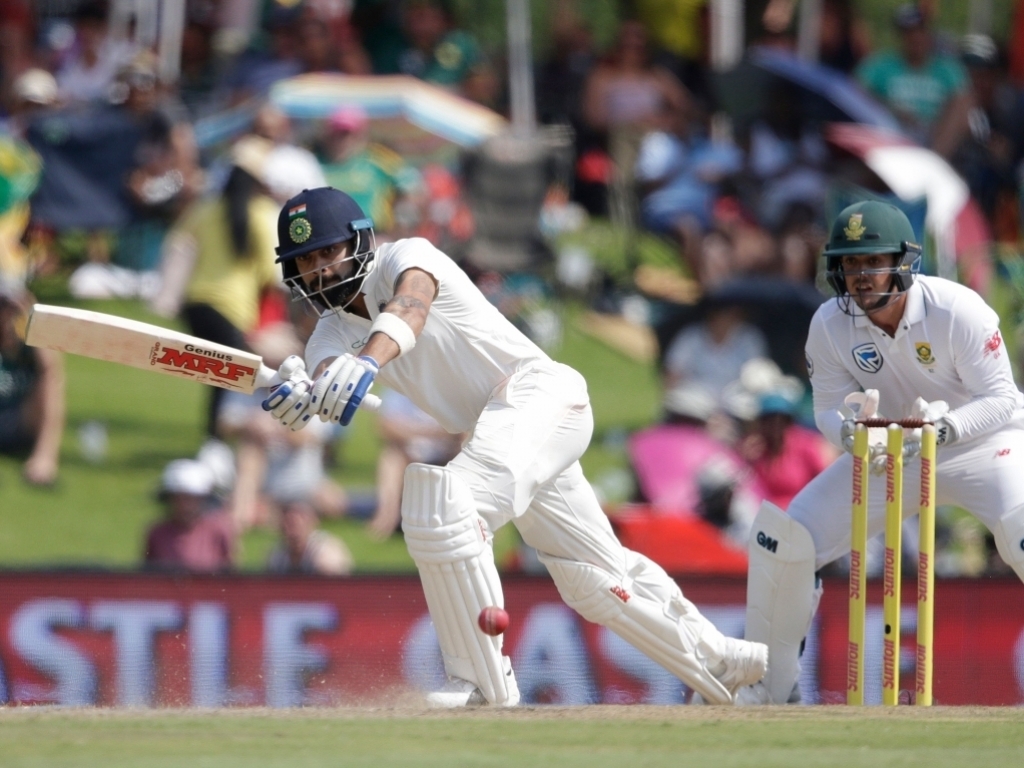 India captain Virat Kohli is busy keeping his team in the second Test against South Africa in Centurion with the home side taking five wickets on a flat batting pitch.

Kohli was 85 not out at the close with his team going to stumps on 185/5, still trailing the Proteas by 152 runs after the hosts were bowled out for 335 in the first session.

The visitors lost opener KL Rahul (10) to a good return catch by the lanky Morne Morkel and India fell deeper into trouble when Cheteshwar Pujara set off for a single the first ball he faced but was run-out by debutant Lungi Ngidi.

At 28/2, the Asian side could easily folded but Kohli walked to the crease and immediately looked assured as he and Murali Vijay (46) put on 79 for the third wicket, taking India to the tea interval at 80/2.

In the final session however, the Proteas fought back as left-arm spinner Keshav Maharaj got Vijay to edge behind while Rohit Sharma’s continued selection ahead of Ajinkya Rahane keeps on to be baffling as the limited-overs specialist was out lbw to Kagiso Rabada for 10.

Parthiv Patel wanted to be positive and added 32 with Kohli but Ngidi got his first Test wicket when got the nuggety keeper to edge behind to Quinton de Kock for 19.

Kohli and Hardik Pandya (11 not out) will resume on day three with the latter hoping to repeat his first Test heroics, where he scored 93, as the tourists hope to get closer to the home team’s total.

Earlier, the Proteas resumed on 269/6 as skipper Faf du Plessis made his way to a half-century, eventually falling for 63, while there was solid contributions from Maharaj (18) and Rabada (11) as the home team posted the average first innings score at Centurion.

Off-spinner Ravi Ashwin was the pick of the bowlers for the visitors with figures of 4/113 in 38.5 overs.