Home Countries Kohli: Kuldeep will be effective on any pitch

Kohli: Kuldeep will be effective on any pitch 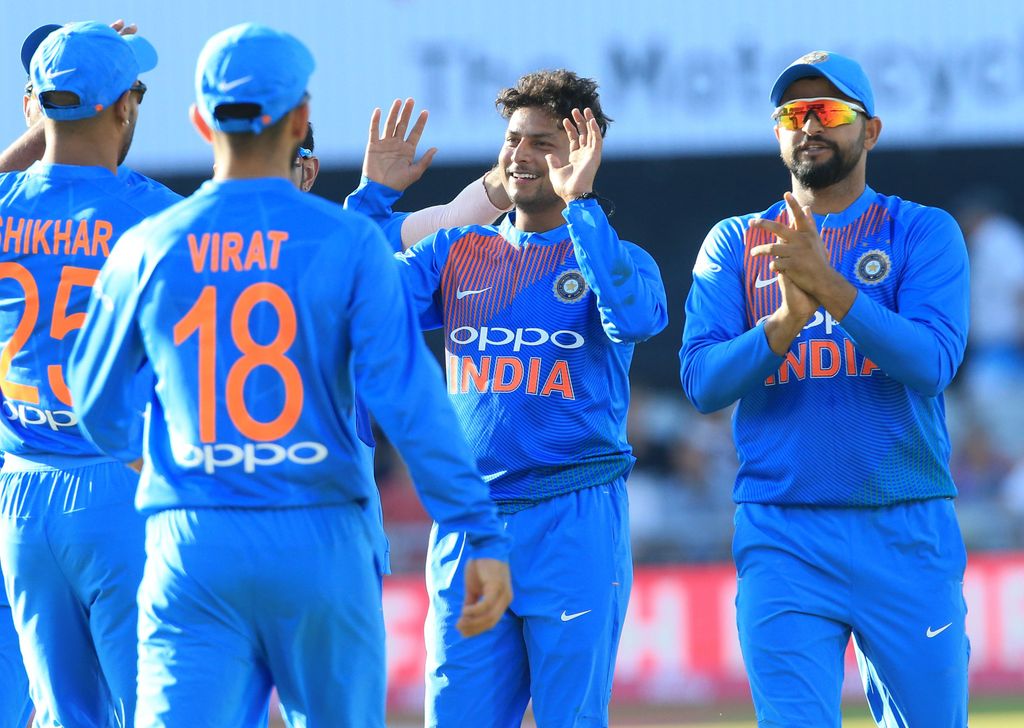 India captain Virat Kohli believes spinner Kuldeep Yadav will have a vital role to play during the limited-overs leg of their tour to England as the visitors got off to a winning start.

Kuldeep returned figures of 5-24, his maiden five-wicket haul in T20Is, as India beat the hosts by eight wickets in the first of three T20Is at Old Trafford on Tuesday.

REPORT: Kuldeep puts England in a spin in first T20I

With two more T20Is and three ODIs still to play, Kohli feels Kuldeep can adapt to any conditions that he is confronted with after he bamboozled the English batsmen.

Kohli said after the game: “He’s going to be effective on any pitches we play on.

“When it turns, he’s going to be even more lethal. He’s very difficult to pick. I hope he can keep the batsmen guessing.

“Looking at how convincing we were in all three skill-sets gives me great please as captain, especially some of the younger guys stepping up and doing the job.”

England is enjoying a long, hot summer and Kuldeep says he liked the dry nature of the surface in Manchester.

The left-arm slow-bowler said: “It felt like home conditions. The wicket was very dry but when I bowled my first over I felt like there was going to be a bit of turn so I stuck to one line and length.

“I bowled my wrong ‘uns in the perfect areas. It’s my first tour and things are going quite well.

“Probably after this game, and for the next few games, England’s batsmen will prepare well. Obviously, they are quality players.”

The second T20I will be played in Cardiff on Friday with the final game of the series scheduled for Bristol on Sunday.