Home Countries Kohli: We knew it’s all about one big partnership

Kohli: We knew it’s all about one big partnership 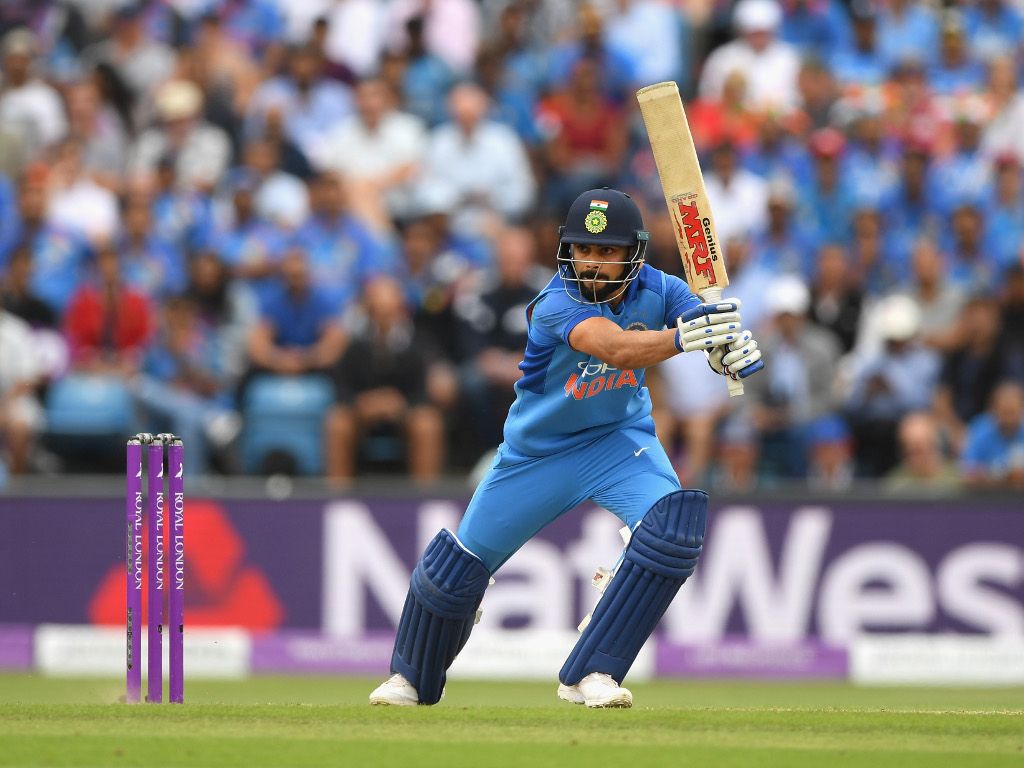 India captain Virat Kohli said he and his team knew that if they got one big partnership they would beat the West Indies in the first of five ODIs in Guwahati on Sunday.

Chasing a target of 323, Kohli shared in a 246-run stand for the second wicket with Rohit Sharma that virtually sealed the victory for the hosts.

The home skipper scored a sublime 140 from 107 balls while Rohit struck an unbeaten 152 off just 117 deliveries as India cantered to an eight-wicket win with more than seven overs to spare.

Kohli said after the game: “Feels pretty good. A convincing win. I thought West Indies were really good with the bat. And 320 totals are always tricky.

“But we knew it’s all about one partnership. And life isn’t difficult when Rohit is at the other end. It’s our 5th or 6th double-century partnership, it’s a pleasure to bat with him.”

Kohli, from the moment he walked to crease when his team were 10/1 in the second over, showed aggressive intent and kept attacking the bowlers as Rohit played a supporting role.

The skipper revealed it was a plan for him to take on the bowlers early in his innings.

The second ODI of the five-match series will take place in Visakhapatnam on Wednesday.