Wahab fires back at Old Trafford 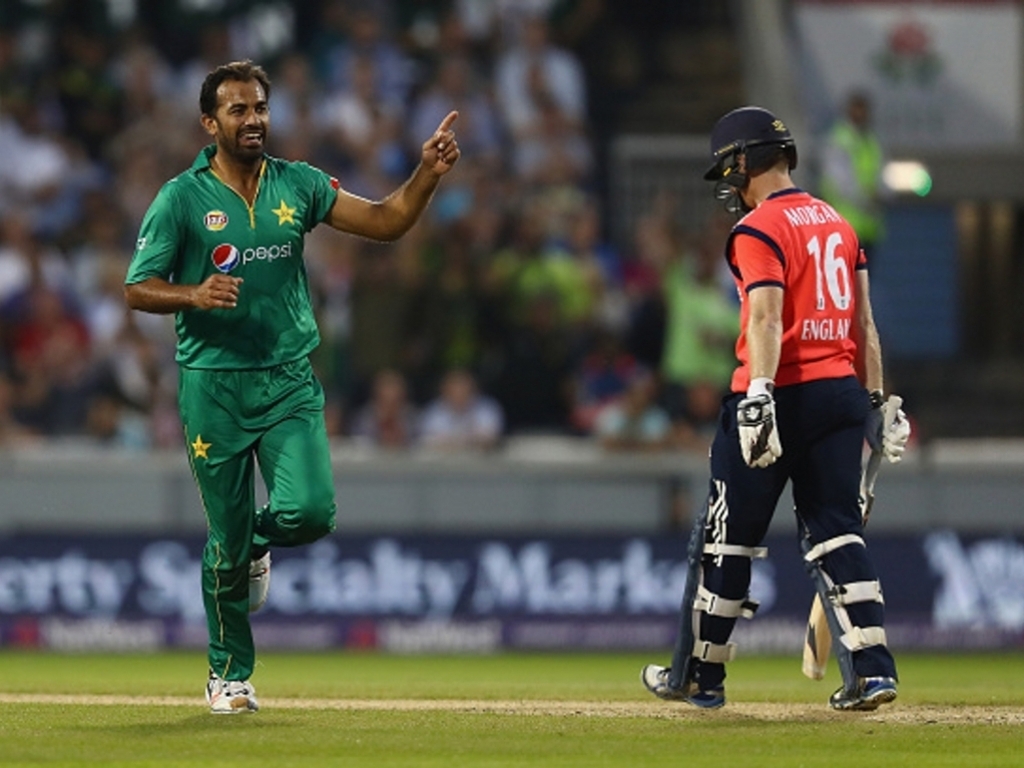 Much like Pakistan as a whole, Wahab Riaz’s tour of England looked set to end with a whimper after he was smashed at Trent Bridge and ended with figures of 0 for 110, the second worst of all time in ODIs.

However the paceman played a central role in a fantastic gameplan from new Pakistan T20I captain Sarfraz Ahmed and ended the one-off match with career best figures of 3 for 18.

Wahab did not concede a boundary in his four overs and his mixture of express pace and slower balls kept the England batsmen guessing.

“When you are in rhythm, things go your way.”

Having missed the last two ODIs of the series, Wahab was afforded some extra time to work on his no-ball problem with bowling coach Azhar Mahmood.

Wahab thanked the coach: “I wasn’t in the habit of bowling no-balls before this tour, I don’t know what happened to me. The credit goes to the bowling coach, he really helped me, he was very strict with me about the no-balls. Because I was resting the last two games, he really worked hard with me and the credit goes to him.”

England skipper Eoin Morgan praised the efforts of the Pakistan bowlers, while maintaining that conditions changed during the Pakistan innings, as the evening dew caused the ball to skid through and come on to the bat a bit better.

Morgan said: “Pakistan bowled well, and adapted to the circumstances – but given the pitch we bowled on, we probably would have needed 180-185. The ball seemed to slide on quite nicely.

“I’m not one for excuses, but certainly the shots the Pakistan batsmen played out there are shots you can only play on a very, very good wicket.”

The skipper felt that none of the England batsmen really hit their straps and got going: “We are not a timid batting team – we play quite aggressively. But none of us seemed to catch fire or get going.”