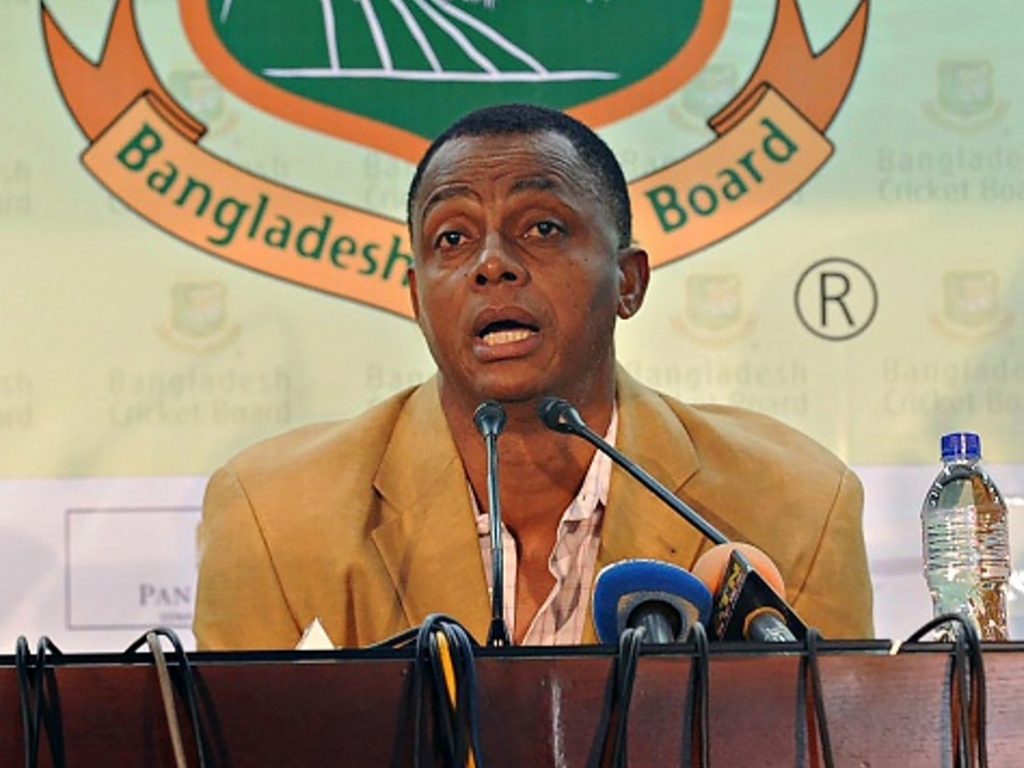 Newly-appointed Bangladesh bowling coach Courtney Walsh is keen to see the team’s bowlers hunt in pairs, much like he and former teammate Curtly Ambrose did.

Walsh sees his new role as one of mentor, and he will be aiming to take young quicks under his wing and help them develop in much the same way he did with Ambrose.

Walsh said at a press briefing on Sunday: “I don’t see myself too much as a coach as I see myself as a mentor.

“I have always tried to get couple of fast bowlers under my wing to mentor when I played for Gloucester, Jamaica or West Indies. Curtly Ambrose was one of them. So if I can get a second Ambrose from Bangladesh, I will be happy.

“When he came into the team, he looked up to me. We formed one of the best striking partnerships in world cricket. If I can pass that to any two Bangladeshi fast bowlers, I will be very happy.”

The veteran of 132 Tests wants to help the young Bangladesh bowlers in the same way the older West Indies bowlers helped him when he burst on the scene.

Walsh added: “I can help them relive some of the situations they might find themselves into,

“A player can sometimes help you get out of it. I remember Malcolm Marshall, Michael Holding and Joel Garner. When I just started, that’s what they did for me. I hope to pass that on to the Bangladesh team.

“I want to pass on to the Bangladeshi guys that you have to be strong and be prepared for hard work, maintain physically and consistency. If we can work hand in hand with those two, we will be headed in the right path.

“It won’t happen overnight. We have to put in some ground work. Once we get the basics right, you will see a lot of improvement and consistency.”

Walsh admitted to feeling some trepidation ahead of accepting his first coaching post, having previously served only as a selector for the West Indies.

The former quick confessed: “The offer was something that I had to think twice about,

“I remember when Nizam got in touch with me and said they were interested, I said let me think about it. We went back and forth but when he said, ‘you are our No. 1 target,’ that was something that I gave it a serious consideration. It showed that they wanted take the cricket to another level.

The big former paceman is the second West Indian to perform a coaching role for Bangladesh, after Gordon Greenidge who coached the Asian nation to World Cup qualification in 1999, but Walsh claims he was unable to speak with the legendary batsman ahead of taking up his post.

Walsh concluded: “I didn’t get a chance to speak to Gordon [Greenidge] because I actually went away to play a game and he was in England,

“But beforehand, I used to quiz him about Bangladesh and he was happy to be a part of this. That would help me as well.

“I am hoping that next time I speak to him, he will be happy with the state of Bangladesh cricket and the direction it is headed.”