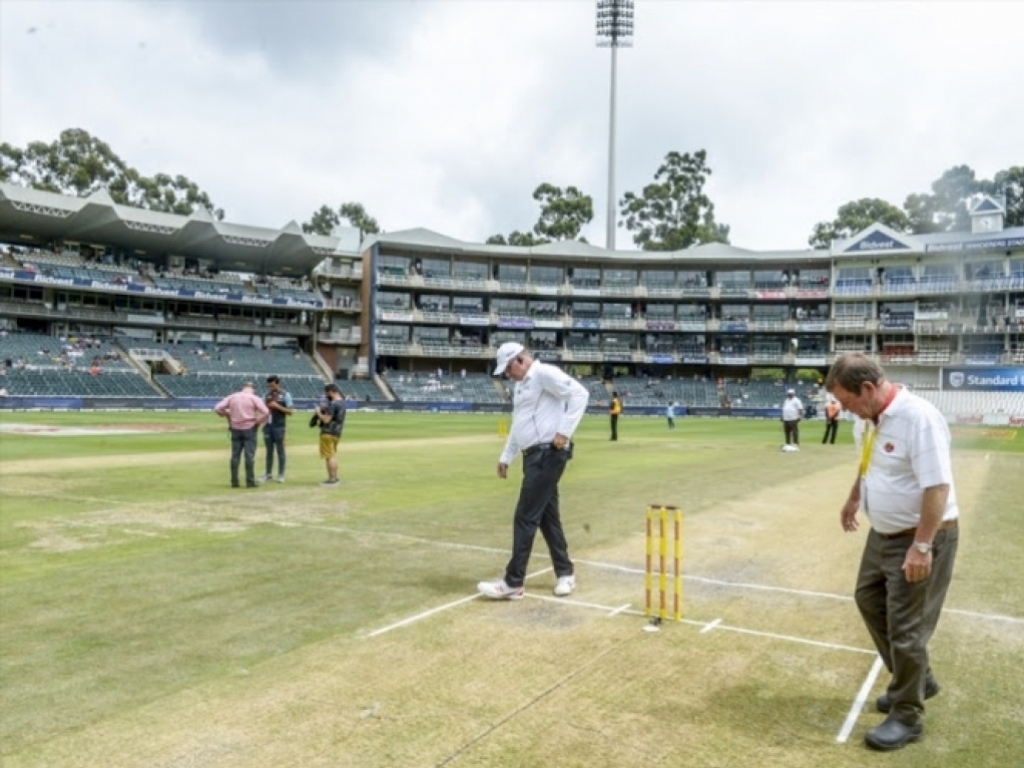 The pitch for the final Test between South Africa and India at the Wanderers in Johannesburg has been rated as ‘poor’ by the ICC, but the venue has escaped any major punishment.

The surface was heavily criticised by many, former players and pundits included, with balls spitting up from a length making it dangerous for both teams’ batsmen as India won the game by 63 runs for a consolation win in the series.

The ground received three demerit points, which means they escaped the maximum punishment of five demerit points that would have meant a 12-month ban of hosting any international matches.

ALSO READ: Elgar: Pitch could have been addressed sooner

The ICC match referee for the Proteas, India series, Andy Pycroft said: “The pitch prepared for the final Test was a poor one. It had excessively steep and unpredictable bounce, and excessive seam movement.

“It deteriorated quickly as the match progressed, which made batting extremely difficult and hazardous, resulting in the medical staff from both the sides having to come onto the field of play multiple times to treat their batsmen.

“As the on-field umpires are also responsible for the players’ safety, they expressed concerns about the behavior of the pitch, and debated after day three if it was appropriate to continue the match. In the end, the umpires made the decision to continue and the Test reached its natural conclusion on day four.

“However, there was still excessive variable bounce and seam movement when the Test match ended.”

A ban the Wanderers would have been complicated things for Cricket South Africa as the ground is due to host the fourth ODI and a T20I against India as well as the fourth and final Test against Australia at the end of March.