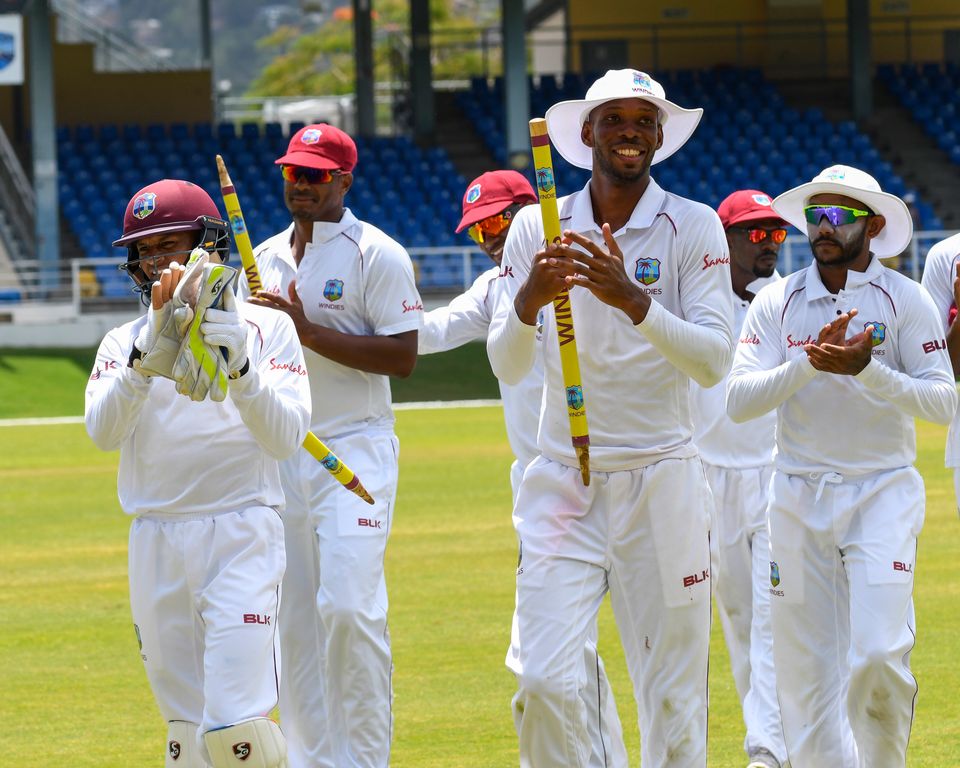 West Indies took a 1-0 in the three-match Test series against Sri Lanka after completing an emphatic 226-run victory over the visitors in Trinidad on Sunday.

Sri Lanka resumed day five on 176/3, still needing another 277 runs to win, with opening batsman Kusal Mendis on 94and nightwatchman Lahiru Gamage yet to score.

Mendis went to his fifth Test century but was soon on his way when West Indies fast bowler Shannon Gabriel got one to lift off a length and induced the batsman to edge behind to keeper Shane Dowrich for 102.

Sri Lanka skipper Dinesh Chandimal returned to the crease after retiring hurt the previous day but could only watch on as Gamage’s 49-ball resistance came to an end as the tailender was trapped in front by leg-spinner Devendra Bishoo for three.

Chandimal (27) and Niroshan Dickwella looked to have survived until lunch but Roston Chase removed both batsmen in the final over before the interval.

First the visiting captain skied an easy to catch to mid-wicket before off-spinner Chase got one to skid to trap Dickwella (19) in front as Sri Lanka went into lunch on 222/7.

It was all just a matter of time after the break as the last three wickets fell for just four runs as Sri Lanka were 226 all out as Chase finished with figures of 4-15 in 8.2 overs.

West Indies set the game up nicely with a first innings total of 414/8 thanks to century from Dowrich before bowling the tourists out for 185.

The Windies then declared their second innings on day four with their total on 223/8 to set Sri Lanka a target of 453.

The second Test of the series starts in St Lucia on Thursday.