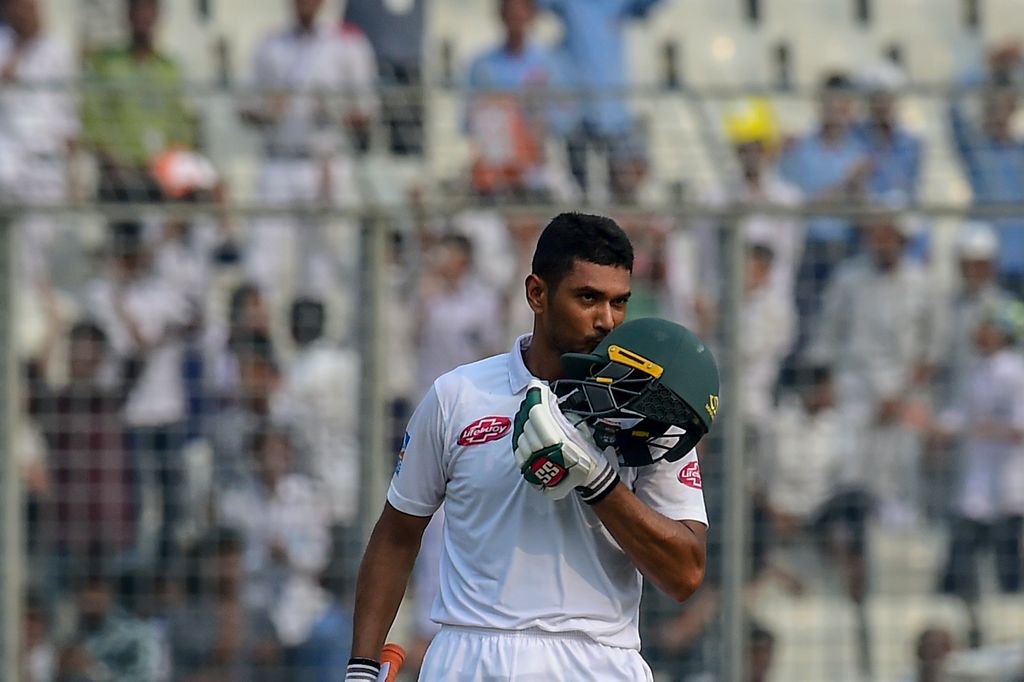 Bangladesh’s spinners took five wickets late on the second day of the second Test against the West Indies after Mahmudullah struck a career best 136 to guide the hosts to 508 in Dhaka on Saturday.

Mehidy Hasan and captain Shakib Al Hasan shared five wickets between them as Windies crumbled to 75/5 at stumps on the second day, still trailing the hosts by mammoth 433 runs in the first innings.

All five of the tourists’ batsmen were clean bowled as Mehidy finished with 3-36 and Shakib claimed 2-15.

West Indies skipper Kraigg Brathwaite (0) was the first wicket to fall for the visitors and he was closely followed by Kieran Powell (4), Sunil Ambris (7), Roston Chase (0) and Shai Hope (10).

The Windies were in tatters but Shimron Hetmyer (32 not out) and Shane Dowrich (17 not out) stemmed the rot to survive the day.

Mahmudullah helped Bangladesh build on their overnight score of 259/5, putting on a 111-run with Shakib for the sixth wicket, 92-run with Liton Das for the seventh wicket, and a 56-run with Taijul Islam (36) for the ninth wicket.

Shakib, who resumed on 55 overnight, added 25 to his overnight score before he gave a catch to Hope at gully off seamer Kemar Roach.

Warrican bowled Mahmudullah to wrap-up the Bangladesh innings and finish with 2-91, while Roach, leg-spinner Devendra Bishoo and Brathwaite also claimed two wickets each.

Bangladesh lead the two-Test series 1-0 thanks to their 64-run win in the first Test in Chittagong.