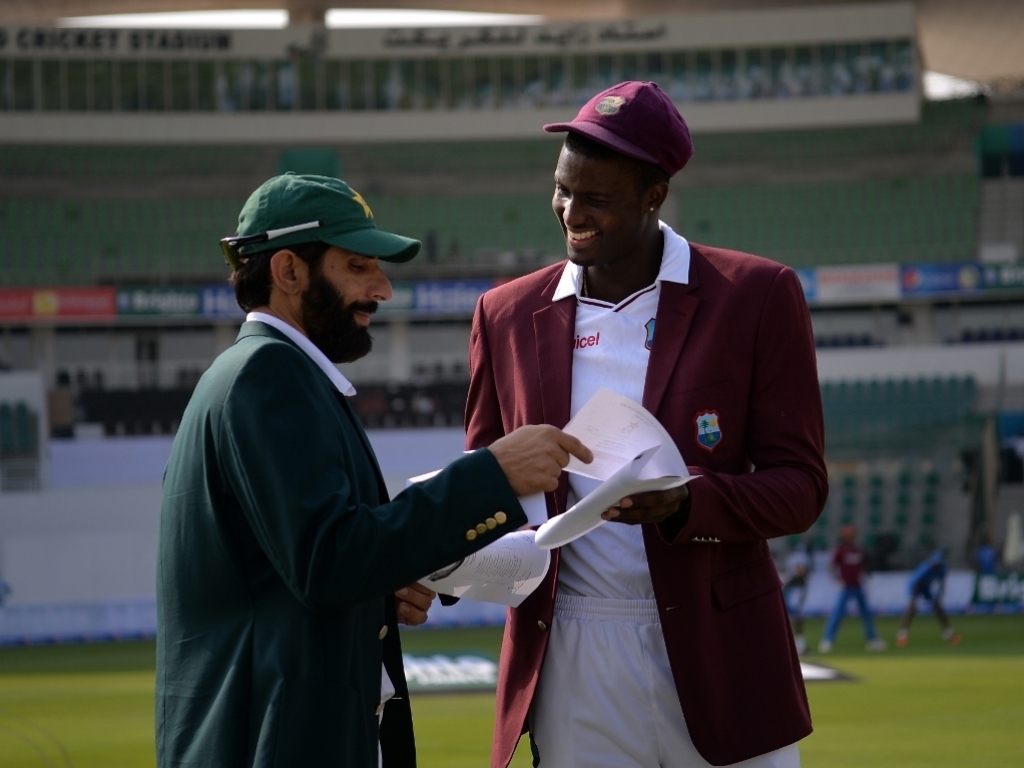 Captains Jason Holder of West Indies and Misbah ul-Haq of Pakistan have described it as an honour to lead their teams in the opening Test match of the Series.

The April 21-25 match marks two special occasions – the 50th Test at the Sabina Park and also the 50th Test between West Indies and Pakistan.

“This is a huge honour to lead the West Indies team again in Test cricket, and it is made even more special because of this great occasion. West Indies and Pakistan have a rich history going back close to 60 years, so as a team we are mindful that we have to carry on the legacy established by those great men who paved the way,” Holder said.

“It is also significant that we will be part of the celebrations to mark the 50th Test at Sabina Park – a splendid occasion at one of the iconic venues in world cricket. To host 50 Test matches is something to be very proud of and as a team we want to do something memorable to commemorate the moment for the people of Jamaica and the entire Caribbean.”

Misbah said: “It is a great honor and privilege for me to lead Pakistan team in the 50th Test match between our two sides. I would like to congratulate West Indies Cricket Board, the team and the local people on this auspicious occasion.

“West Indies has produced some great players over the years and it is always heartening to see both teams go against each other on the field. I once again congratulate the host country on this occasion and look forward to a great Test series ahead.”

West Indies and Pakistan played their first Test match back in January, 1958, when the visitors toured the Caribbean for the first time. The first series featured two historic innings – the first being Hanif Mohammad’s 337 in the second innings of the first Test in Barbados.

The first Test at Sabina Park was between West Indies and England in 1930, when Karl Nunes led the home side. In that match George Headley made 223 in the second innings and the home side earned a draw.