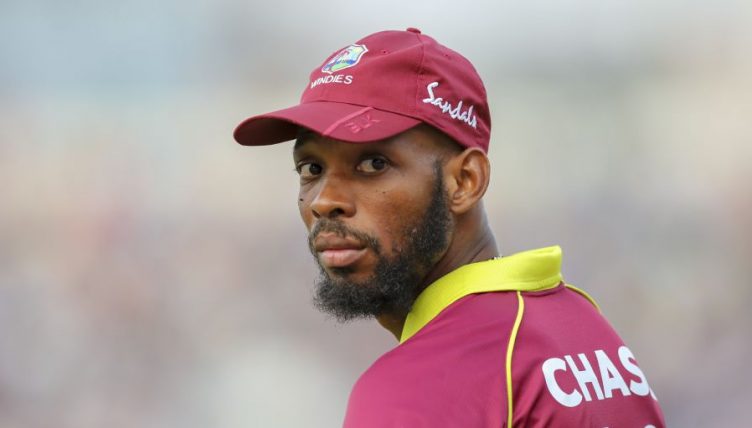 Roston Chase top-scored with 94 as West Indies breezed to a seven-wicket victory in the first one-day international against Afghanistan in Lucknow, with the bizarre run out of Ikram Alikhil laying the foundations.

Afghanistan, who have now lost their last 10 ODIs after a chastening World Cup campaign, were bowled out for just 194 and could not contain a commanding response from Shai Hope (77 not out) and Chase (94) in the opening match of the tour.

The duo ended the match as a contest as they piled on 163 before Chase fell late on attempting to reach his century with a six.

But it might all have unfolded differently had Ikram not fallen foul of a drastic lack of concentration midway through the first innings.

Having come together at 15 for two he and Rahmat Shah enjoyed a healthy stand of 111 for the third wicket before the latter brought up his half-century with a single in the 27th over.

Ikram had made an impressive 58 of his own when he turned to congratulate his partner by walking down the wicket but left the crease while the Evin Lewis’ throw was still making its way to wicketkeeper Hope, who flicked the bails as the batsmen celebrated.

The dismissal was upheld, despite Ikram’s clear frustrations, and formed the start of a collapse that resulted in the Windies taking eight for 68.

Former captain Jason Holder contributed exemplary figures of two for 21 in his 10 overs, dismissing Javed Ahmadi with the new ball and Mohammad Nabi later on, and also ran out Asghar Afghan in more conventional fashion for 35.

Holder also held the catch that dismissed Rahmat, who top-scored with 61 before Chase struck for the second time. Debutant Romario Shepherd also picked up a pair of wickets at the death.

The target always looked too slim to challenge the West Indies but top-order failures from Lewis – lbw to Mujeeb-ur-Rahman – and Shimron Hetmyer, who nicked behind, opened the door.

It was promptly slammed shut again as Hope and Chase set about hauling in the runs. Chase fell just before the end, falling short with a mishit off Mujeeb, but Nicholas Pooran joined Hope to seal victory with 21 balls remaining.