Jermaine Blackwood has point to prove ahead of England series 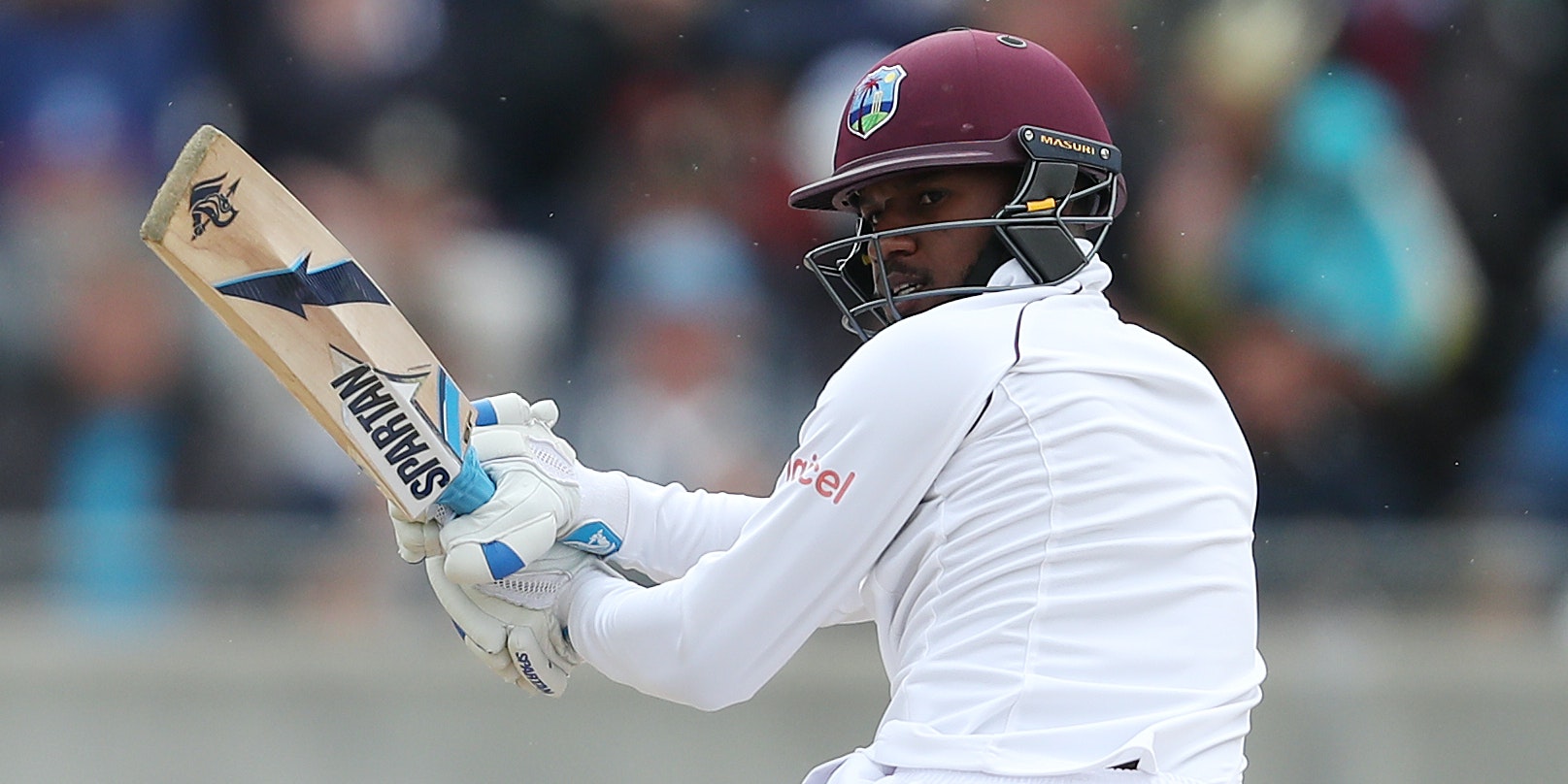 West Indies batsman Jermaine Blackwood aims to prove he is much more than a middle-order dasher if he is given the opportunity in next month’s Test series against England.

A measured 112 not out against England in April 2015 in just his sixth Test seemed to indicate a bright future at international level for the then 23-year-old, but it remains his only three-figure score for the Windies.

Two and a half years after that ton at the Sir Vivian Richards Stadium in Antigua, he was dropped after just 15 runs across five innings, with his style erring away from the natural fluency that had brought him early success.

While he was a concussion substitute last August, he has regained his place in the Test squad on merit after topping the run-charts in the Caribbean’s domestic four-day competition earlier this year.

He may yet make the XI for the first Test at the Ageas Bowl on July 8, and if he does he is determined spend as much time as possible at the crease, rather than going gung-ho from the off.

Blackwood told the PA news agency: “Over the years people have got the wrong impression about me, like I’m a ball beater or whatever. But it’s just natural for me, I’m from the Caribbean, it’s only natural for me to score runs.

“I want to add a little bit more to my game and bat time. I’m really pushing hard for that and I’m really putting the mental work as well in to bat time. Once I bat time, I will score runs.

“It’s been two and a half years that I’ve been out of the Test team. This opportunity has come out and I have to grab it with both hands.

“I have something to go out there and prove against all the best bowlers in the world, I want to score runs against them.”

Blackwood’s only international century came against an attack featuring James Anderson, Stuart Broad and Ben Stokes, a trio who will almost certainly line up for England in Southampton.

A career average of 30.26 in 28 Tests swells to 55.33 in six matches against England, so it is little wonder Blackwood is relishing the chance to go up against Joe Root’s side once more.

“Anderson and Broad are two world-class bowlers, so whenever I get the chance, once I bat some time against them I know I will score runs.

“They are wonderful bowlers but once I can wear them down and let them bowl spell after spell, that is going to be the key thing for me in this series.”

Blackwood made three and 15 in the Windies’ first intra-squad warm-up last week, while his hopes of pressing his claims in the second practice match this week were dented by a washout on the opening day at Emirates Old Trafford.

He added: “I’m just looking to spend as much time in the middle as possible. That was the only thing I wanted to get out of this game, I didn’t want to go in with big expectations of scoring hundreds or anything.”