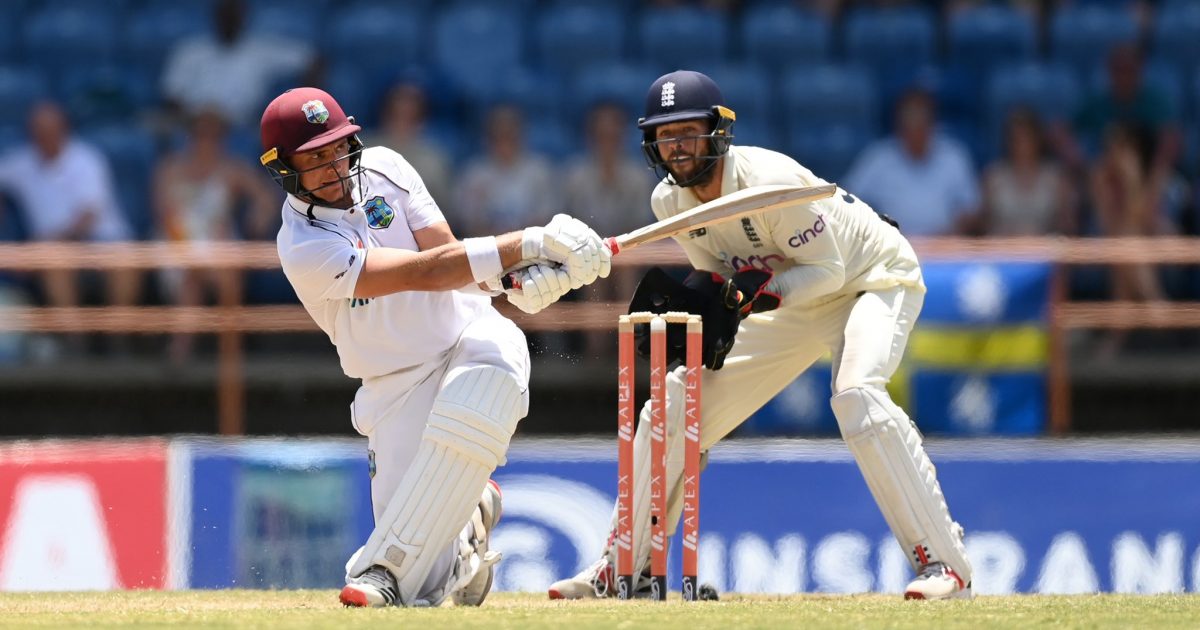 Joshua Da Silva made a brilliant unbeaten century as England endured a miserable morning session on day three of the series decider against the West Indies.

Da Silva finished exactly 100 not out as the hosts punished a weary opposition in Grenada, finally dismissed on the stroke of lunch for 297.

That was enough to establish an ominous lead of 93, a truly remarkable comeback given Da Silva had arrived at the crease with his side reeling at 95 for six on the second afternoon.

The Trinidadian’s maiden Test century will live long in the memory, occupying the crease for almost six hours, soaking up 257 balls as he shepherded the tail and ending with a showman’s timing.

He had barely allowed himself any indulgences for most of his stay, but with the clock ticking down and the interval imminent he picked his moment with aplomb.

With 92 to his name, he threaded Craig Overton for two to third man, then biffed him for successive boundaries down the ground with a previously unseen swagger.

The 23-year-old, who had received a nasty blow to the hand early in the day, threw both arms towards the sky before the second stroke had even reached the ropes as he took in an unforgettable personal milestone and what could be a match-winning effort.

England will have plenty of scope for self-recrimination, though. They removed Kemar Roach early on through Saqib Mahmood and should have ended the innings on 245 when the Lancastrian had last man Jayden Seales trapped in front on nought.

His lbw appeal was wrongly waved away but it was England’s lack of reviews that really cost them, having previously burned their allocation on some wayward shouts.

Da Silva’s work with the lower order was textbook, following up stands of 49 and 68 with Alzarri Joseph and Roach with 52 alongside last man Seales. Without his sense of diligence and direction, England would probably be in control of the game by now.

He richly deserved to finish not out and did so after a bizarre reprieve. Given out caught behind to the very next ball after his century, he made a half-hearted review and had already made his way to the pavilion before replays showed he had not nicked it.

A world weary England reluctantly dragged themselves back onto the field after a dispiriting session, with captain Joe Root sparing them any further dramas when he removed Seales with a sharp caught and bowled.

England’s specialist bowlers had looked tired, leggy and thoroughly devoid of inspiration as they allowed the lead to swell from its manageable overnight position of 28 to something much more formidable.

Neither Chris Woakes nor Overton burnished their ailing reputations, while spinner Jack Leach was wholly innocuous.

Overton also appeared to let himself down after Da Silva’s unexpected second life, hurling the ball at him in a theoretical run out attempt and turning his back rather than apologising.

A handshake was offered, and accepted, at the end of the innings but it was a moment of frustration that did not reflect well.

Root’s captaincy also faltered, with far too much passivity when Da Silva was at the crease and no real spark as the energy levels around the field fell perilously close to zero.