Pybus reacts to Sammy critique ahead of England Test 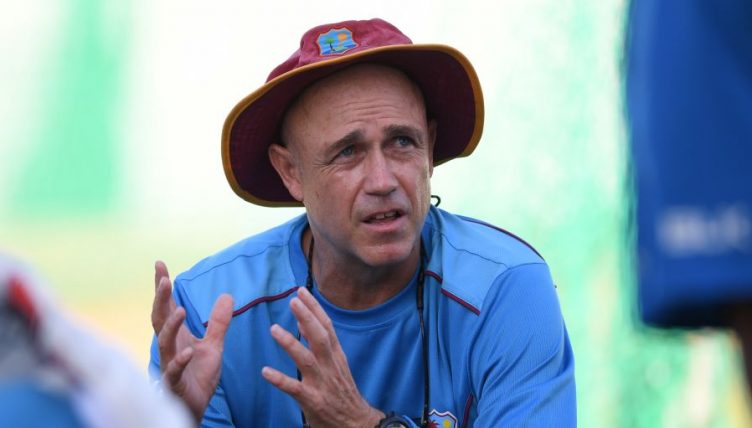 Richard Pybus claims the row over his appointment as interim coach of the West Indies will not prove a distraction ahead of the Test series against England.

The decision to put Pybus in charge of team affairs on a nine-month deal was met with dismay by former captain Daren Sammy, who went as far as posting a 15-point critique of the 54-year-old’s credentials on Twitter.

Pybus worked as the Windies’ director of cricket between 2013-2016, a period that concluded with twin successes in the men’s and women’s World T20s as well as the Under-19 World Cup. Sammy has nevertheless been a vocal detractor, claiming the team succeeded “in spite of all the challenges faced or brought on by (him)”.

A Cricket West Indies board director last week objected to his installation but an internal review has ratified the decision and referred the director to its ethics committee.

That adds up to a messy build-up ahead of Wednesday’s first Test in Barbados, but Pybus is sure both he and his players will be able to focus on the task at hand.

“Daren is entitled to his opinion. You’ll have to ask him about that. Criticism is part of the game, part of the tapestry and the drama around sport,” he said.

“If there’s any criticism I can learn from, then great. There’s been some issues in the past with players and the board, but I’m focused on the series. I don’t really want to unpack the past.

“We’ve got a Test series to win. The guys are focused on the series coming up, there’s no issues.

“I don’t want to sound too ‘Zen’ but I’m really focused on the first day coming up and making sure we’re ready for it.”

Pybus has enjoyed a nomadic career in coaching and administration, with stints in South Africa, Pakistan, Bangladesh and even a brief stopover at Middlesex on his CV.

He has some perspective, then, when addressing the challenge of bringing the West Indies together in common cause.

“It’s the Caribbean, you’ve got 16 countries. It’s not like England, Australia or South Africa. With the internal politics there’s always discussion,” he said.

“It really is a unique part of the world. Unless you’ve spent a considerable amount of time in the region it’s difficult to understand quite how challenging it is.

“It’s very much a work in progress. Nobody involved in cricket in the Caribbean can say we’re where we want to be, the region has been playing catch-up.”