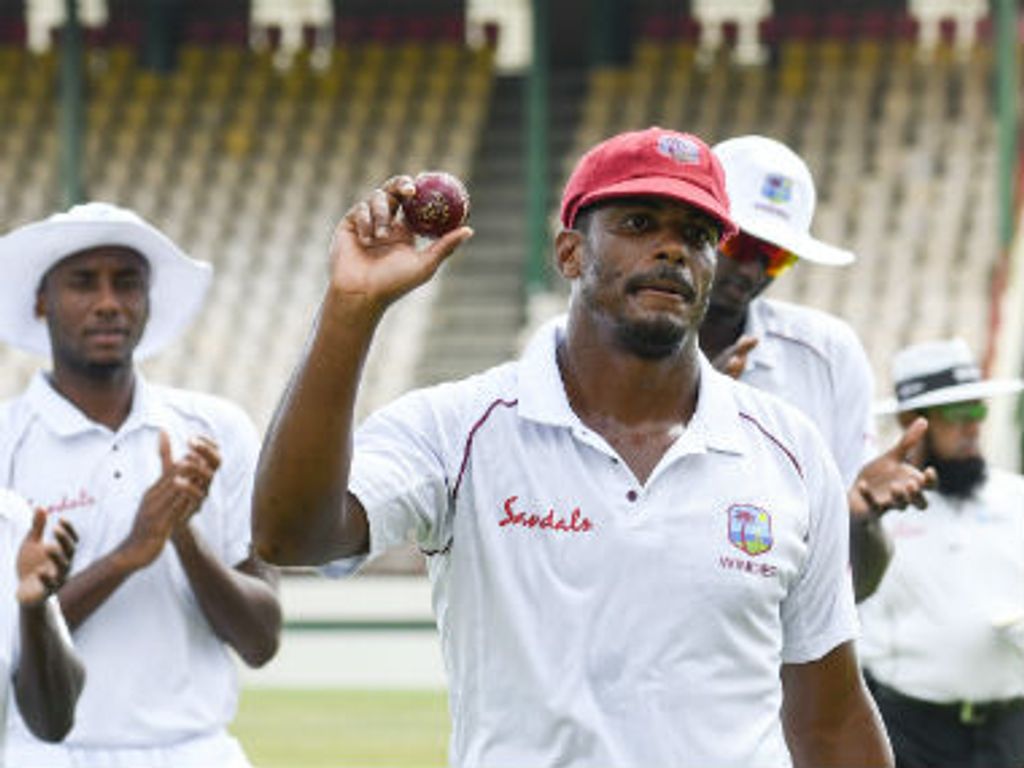 West Indies fast bowler Shannon Gabriel says the key to his record-breaking performance in the second Test against Sri Lanka was getting himself fit and prepared for the series.

Gabriel finished Test with match-figures of 13-121 after taking eight wickets in the second Test in St Lucia at the game ended in a draw.

It is the third best match figures by a West Indies bowler in Test cricket, behind only Michael Holding (14-149 against England in 1976) and Courtney Walsh (13-55 against New Zealand in 1995).

The 30-year-old Gabriel also went to 100 Test wickets during his record-breaking day and was playing in his 34 Test, after being hampered by injuries throughout his career.

Gabriel said after the game: “It’s a great feeling. If someone told me, ‘Shannon, you’ll play Tests and take 100 wickets’, I would’ve told him, ‘you’re crazy!’

“I’d like to thank family and friends for supporting me. I was prepared well for this series, getting myself fit.

“As long as you get wickets, pains and aches go away. I was supported well by Kemar (Roach), he was unlucky. Miguel Cummins kept coming at the batsmen. (Jason) Holder was also very good.

“Anything other than a loss is good. We can take plenty of positives from this Test.”

The West Indies are still 1-0 ahead in the three-match series with one more Test still play which will be a day-night affair in Barbados from Saturday.