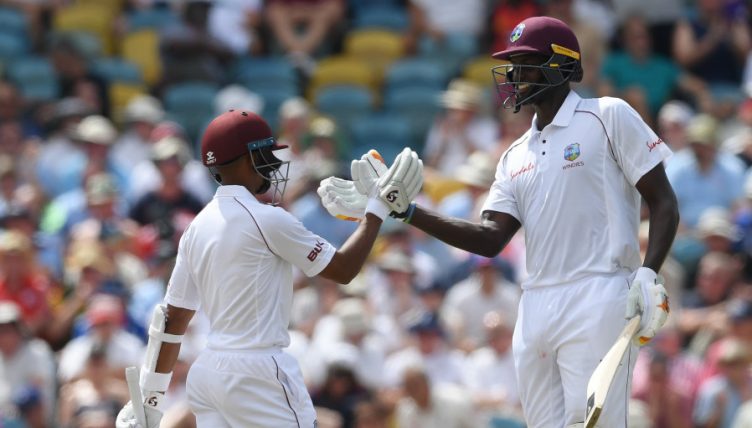 Jason Holder is a magnificent man.

Holder’s unbeaten 202 is the third Test double-hundred scored from number eight. It is the highest score ever made by a number eight in a Test where a team managed to get bowled out for 77.

Holder’s 229-ball effort was the second fastest West Indies Test double-century. Absolutely no prizes on offer for identifying the proud owner of the 221-ball double that sits top of that list.

Holder and Dowrich’s unbroken 295 is the third highest seventh-wicket stand in Tests, and the highest since 1955.

Dowrich is the first batsman in the history of the game to not pick Joe Root’s comically telegraphed leg-break. He was absolutely stone-dead plumb lbw but sadly for England Chris Gaffaney was the second man in history to be confused by cricket’s least disguised variation. A crucial moment? No.

England’s nominal target of 628 is the highest target West Indies have ever set in Test cricket.

This is the 24th full day’s Test cricket without a single wicket – the 10th to feature 300+ runs.

Fair play to Burns and Jennings. Not the day’s big story, but fair play.