Home Countries Where is cricket going if helmets are forced on bowlers?

Where is cricket going if helmets are forced on bowlers? 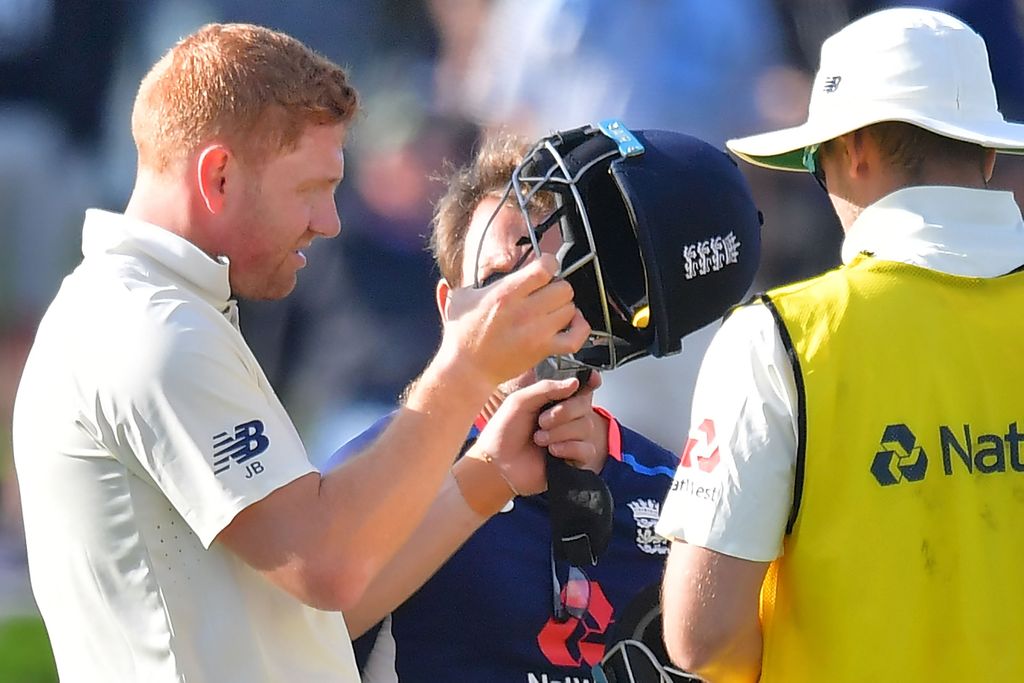 When in the mid-1970s Dennis Amiss walked out to the crease wearing a helmet, it was not a popular choice of headwear.

Many fans, commentators and other players thought it was frankly rather wet, feeling that you should be able to take a ball to the head like a man and not worry about brain damage.

We didn’t win the war worrying about a cork ball hitting us, did we? No.

Viv Richards, who refused to wear one for his entire career, retiring in 1991, said he thought it cowardly to wear one. Sunil Gavaskar merely thought it made you a worse batsman.

On top of it making you look less than a man, Tony Greig and others felt it was actually more dangerous as it would give the bowlers free licence to bombard the batters with more bouncers.

I vividly remember Graham Yallop getting booed by a West Indian crowd for walking out wearing one and thus denying them the sight of another batter lying prostrate after taking a beamer from Michael Holding on the forehead.

On a sidenote, you can get the Best betting offers UK if you’re going to place a bet on the cricket.

This was an era where the likes of Brian Close would take, one would like to say almost say pleasure, from getting hit by a 100 mph cricket ball, fracturing an important bone and still refuse to rub the afflicted area.

Then again, he was from Yorkshire. But it was admirable in a perverse sort of way.

Gradually this became an out-moded attitude, but even now some still don’t like batting from behind a toast rack, your head boiling in a carbon fibre dome and both New Zealand and India still do not require their players to don the head protection. 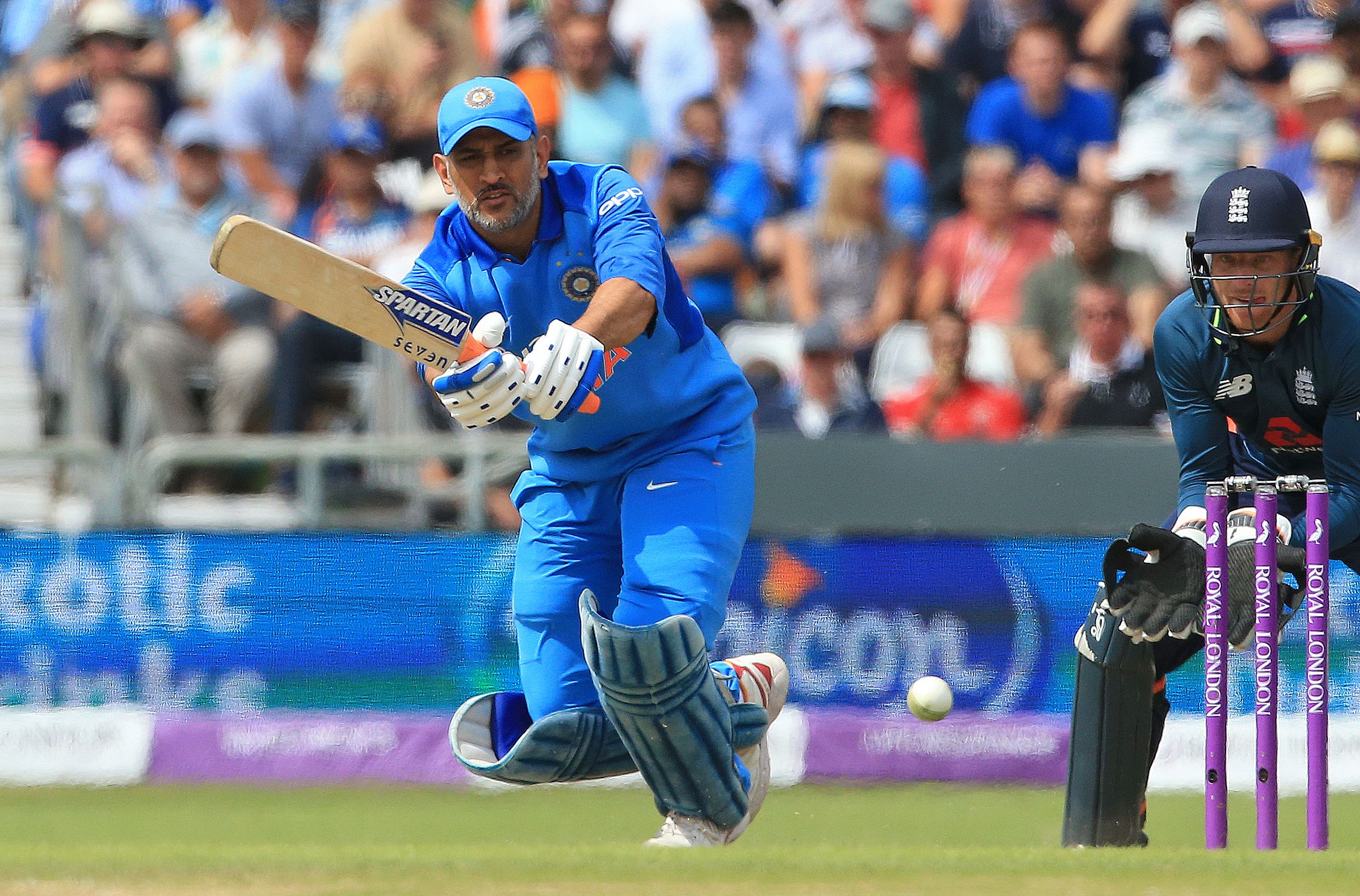 Others have rejected various ‘improved’ helmets feeling they just obscure or distract your view, which, to be fair, they must.

So it is safe to say that added protection for cricketers, though clearly desirable in order to stop horrible, possibly fatal injuries, it is still not without controversy.

This despite the fact that in 1988 West Indies batsman Phillip Simmons was struck by a fast ball in a match against Gloucestershire and his heart stopped.

He thankfully managed to make a full recovery after extensive surgery to his brain.

And then there was the tragic case of Phil Hughes, who, though wearing a helmet, was fatally struck on the neck in what some regard as a freak injury. So how much safety value does a helmet really offer?

Cricket can be dangerous, that much is obvious to the smallest child who gets hit by a corker on the shin.

But how far do we inhibit the game with safety measures? After all, every sport is potentially dangerous, indeed a freak injury might afflict us at any point in every waking day.

This week the ECB and MCC have been talking about launching a design project for manufacturers to develop head protection for bowlers.

Yes, bowlers could be running in wearing head gear. It doesn’t seem right, does it?

This was provoked by the recent injury to bowler Luke Fletcher who took a returned ball in the head and had to be taken to hospital. 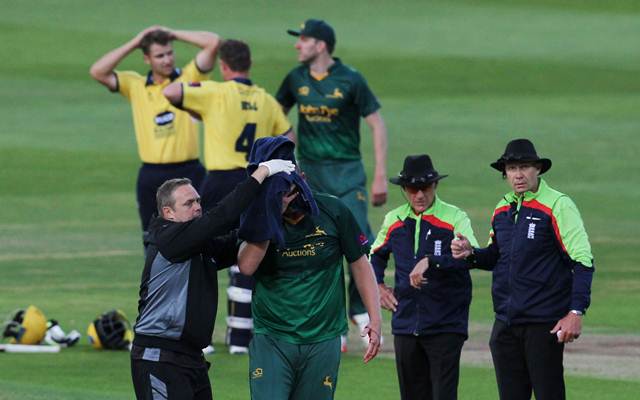 When I heard about this I tried to think back across all my 50 years of watching cricket and I couldn’t remember this happening before to a bowler.

The highest profile casualty though was when Zimbabwe seamer Keegan Meth was struck in the face against Bangladesh in an ODI in 2011 and suffered a laceration to the lower lip and lost four upper row teeth.

Yes a raised straight drive, lofted over the stumps, has caused many a sweating slinger to dive for cover, but I couldn’t recall anyone taking one to the old noggin.

It must have happened, I guess, but it is hardly as frequent an occurrence as seeing batsmen take one on the temple from Andy Roberts or Jeff Thomson back in the day.

One wonders where this might end. It seems as likely that some members of a crowd will get struck on the head by a six.

Should we ask them to wear a helmet too, just on the off-chance?

Indeed, if you’re giving bowlers helmets, then umpires must have them too as they’re if anything more vulnerable to that lofted straight drive.

At least a bowler can peel away as part of the bowling action, the umpire is rooted to the spot and doubtless dreaming of the first frosty foamer after a hot day in the middle..

If we’re so concerned, why not stop playing with a cork ball and make it out of something less likely to inflict brain damage?

This is where the original opponents to helmets for batters feared the game would go.

They accepted that bad things can happen but that the trade-off against playing the game unencumbered by too much protection was worth it. After all, it remains a much safer sport than many.

There remains only six fatalities assigned to cricketers from being hit by the ball and one of those was from the notoriously sickly roal stock, Frederick, Prince of Wales, heir to King George II who died on 20 March 1751 either of pneumonia, or from a burst abscess caused by being hit with a cricket ball.

No-one wants to be hit by a cricket ball anywhere on your body, it really bloody hurts, but is it possible that considering putting bowlers in helmets is a step too far and represents an oppressive safety culture that can’t accept human sporting activities are occasionally very dangerous?

It certainly looks that way.