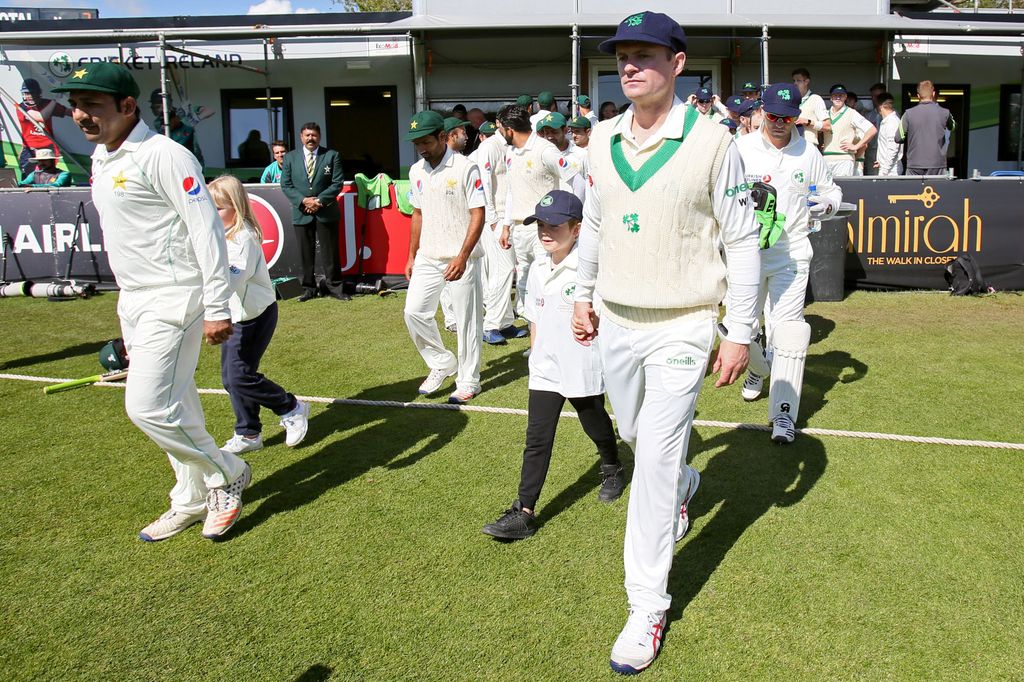 Ireland captain William Porterfield has no doubt that his team deserve to play Test cricket after an enthralling maiden appearance in the longest format ended in defeat against Pakistan in Malahide on Tuesday.

After being forced to follow-on, Kevin O’Brien became Ireland’s first ever Test centurion to set Pakistan a tricky target of 160 on the final day.

The home team got off to dream start with the ball in the second innings, reducing the visitors to 14/3 but Pakistan’s experience showed as they eventually won by five wickets.

ALSO READ: Sarfraz admits being worried at 14 for three

The Irish have always been known to pull above their weight, especially on big occasions, as they have defeated Pakistan, England and West Indies in past World Cups and that character showed up again in their inaugural Test.

Porterfield said after the game: “The biggest thing was how we fought back in the second innings with the bat – that showed the character we have.

“It’s something that’s been talked about during big occasions, World Cups. That’s always been known to be there but Test cricket is Test cricket for a reason, it’s there in the name, you did get tested and we were after the first innings.

“To get up to close to 350 showed what we’ve got in the changing room and the passion that we have for playing our cricket.”

The Irish skipper hopes the Test, along with how their performance, will inspire the next generation of Ireland cricketers to play the longest format.

Porterfield continued: “Hopefully in the next week or two there’s going to be hundreds of little kids aspiring to be Kevin O’Brien in backstreet cricket.

“This Test match will have gone a long way to providing the next generation of cricketers, I’m sure.”