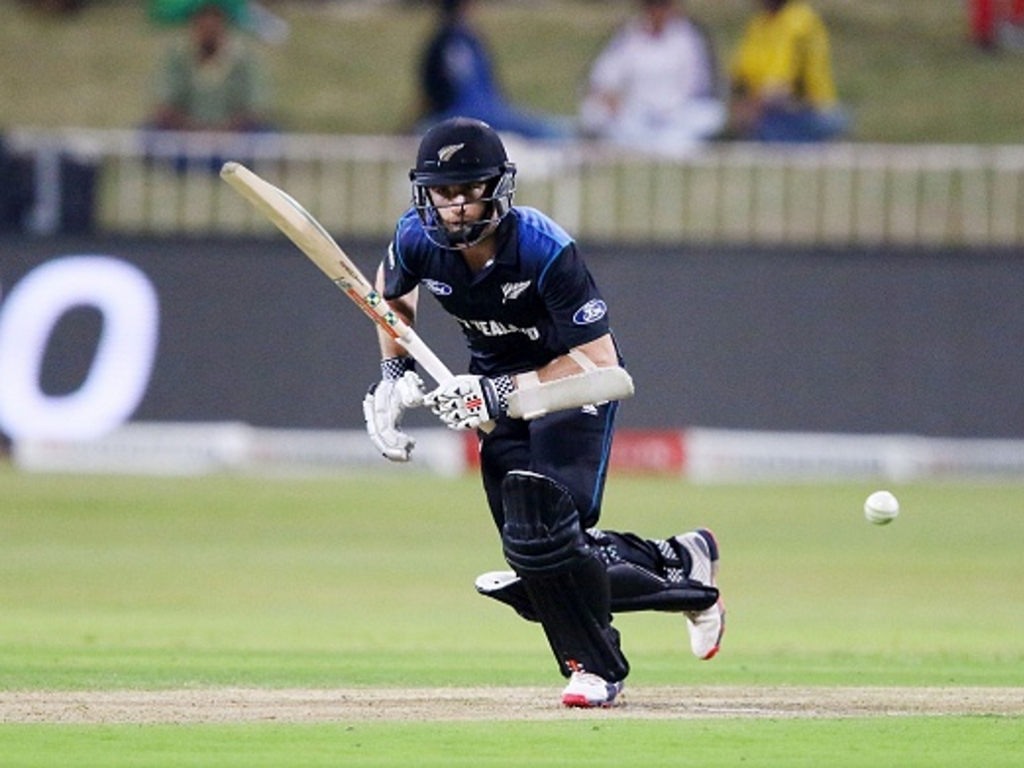 A captain’s hundred from Kane Williamson and a disciplined performance in the field saw New Zealand break their duck on the tour of India beating their hosts by six runs in New Delhi.

New Zealand worked hard in the field to prevent India from chasing down a target of 243 and leveled the ODI series at 1-1 on Thursday in New Delhi.

Williamson was the only batsman from either side to get past fifty on a tricky deck in Kotla.

The Black Caps innings was built around their skipper after Martin Guptill’s early dismissal for a second ball duck.

The skipper and Tom Latham put on 120 for the second wicket with the left-handed opener going past 1,000 runs in ODI cricket in his 40th match.

Latham made 46 off as many balls and his stand with the skipper would prove to be the difference between the two sides.

Williamson became the third Kiwi skipper to score an ODI hundred against India and the first to achieve the feat in over 20 years.

New Zealand got bogged down in the middle of their innings as Ross Taylor (21 off 42 balls) and Corey Anderson (21 off 32 balls) failed to keep up the tempo.

The tourists looked set to get past 250 but would lose six wickets in the last ten overs to limp to 242/9 in fifty overs.

Jasprit Bumrah would finish as the pick of India’s bowlers with figures of 3/35 from 10 overs.

The Black Caps were sharp in the field and knew they would have to take their chances against a dangerous India batting lineup.

MS Dhoni would provide more ammunition for his critics as his attempt to take the game deep failed when he was dismissed for 39 off 65 balls and he may rue his lack of urgency in hindsight.

There was plenty of urgency from Kedar Jadhav who smashed 41 off 37 balls including two sixes before he was caught out trying a cheeky dab down to third man off Matt Henry and only finding the gloves of Luke Ronchi.

When Dhoni departed in the 40th over India seemed to deflate and they never looked like getting over the line despite some late hitting from Hardik Pandya.

Pandya gave India a glimmer of hope smashing 36 off 32 balls but would depart in the penultimate over with the hosts 11 runs away from victory.

Tim Southee was charged with bowling a nervy final over and provided a masterclass for bowling to tailenders at the death, yorking Bumrah to seal the win as India ended on 236 all out and New Zealand won by six runs.