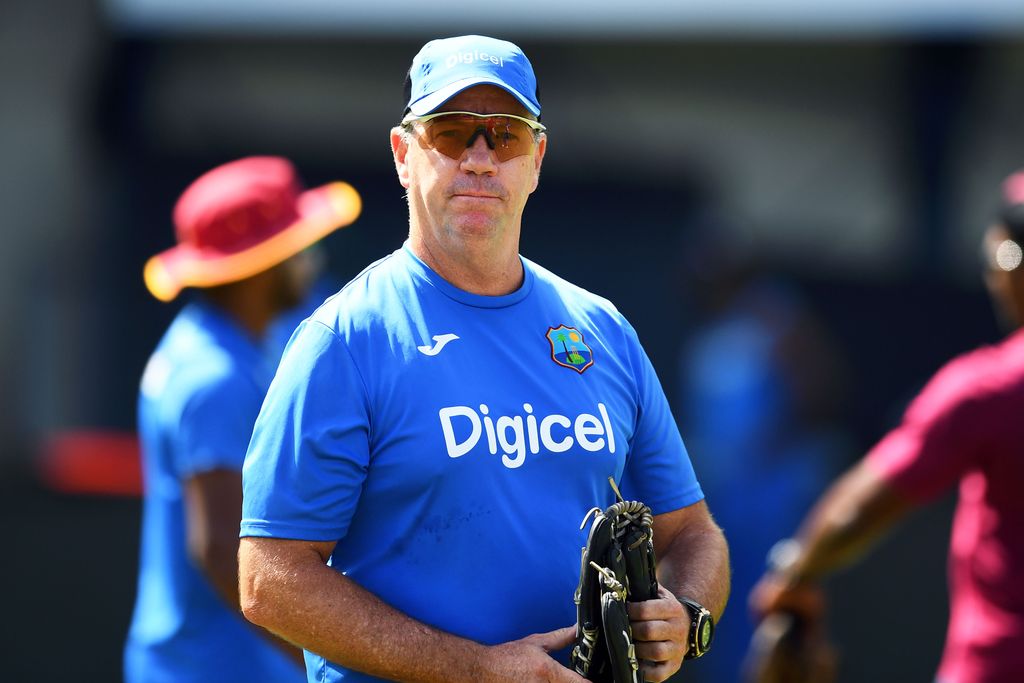 West Indies coach Stuart Law has been suspended for his team’s first two ODIs against India following a breach of the ICC code of conduct.

This means his accumulated demerit points reached four within a 24-month period leading to the two-match ban.

The incident happened on Sunday when Law, following the dismissal of Kieran Powell, during the third day’s play of the second and final Test went to the TV umpire’s room and made inappropriate comments.

He then walked to the fourth umpire’s area and, in the presence of the players, again directed inappropriate comments at the fourth official.

On Monday, Law admitted the offence and accepted the sanction proposed by match referee Chris Broad and, as such, there was no need for a formal hearing.

The ICC said in a statement: “During Sunday’s play in the Hyderabad Test, Law was found guilty of breaching Level 2 Article 2.7 of the ICC Code of Conduct for Players and Player Support Personnel, which relates to Public criticism of, or inappropriate comment in relation to an incident occurring in an International Match or any Player, Player Support Personnel, Match Official or team participating in any International Match, irrespective of when such criticism or inappropriate comment is made.”

As Law has received a 25 per cent fine and one demerit point during the final day’s play in the Dominica Test against Pakistan in May 2017, with the addition of these three demerit points, he has reached the threshold of four demerit points, which, pursuant to article 7.6 of the Code, have now been converted into two suspension points.

Therefore, Law has been suspended from the 21 and 24 October ODIs against India in Guwahati and Visakhapatnam, respectively.