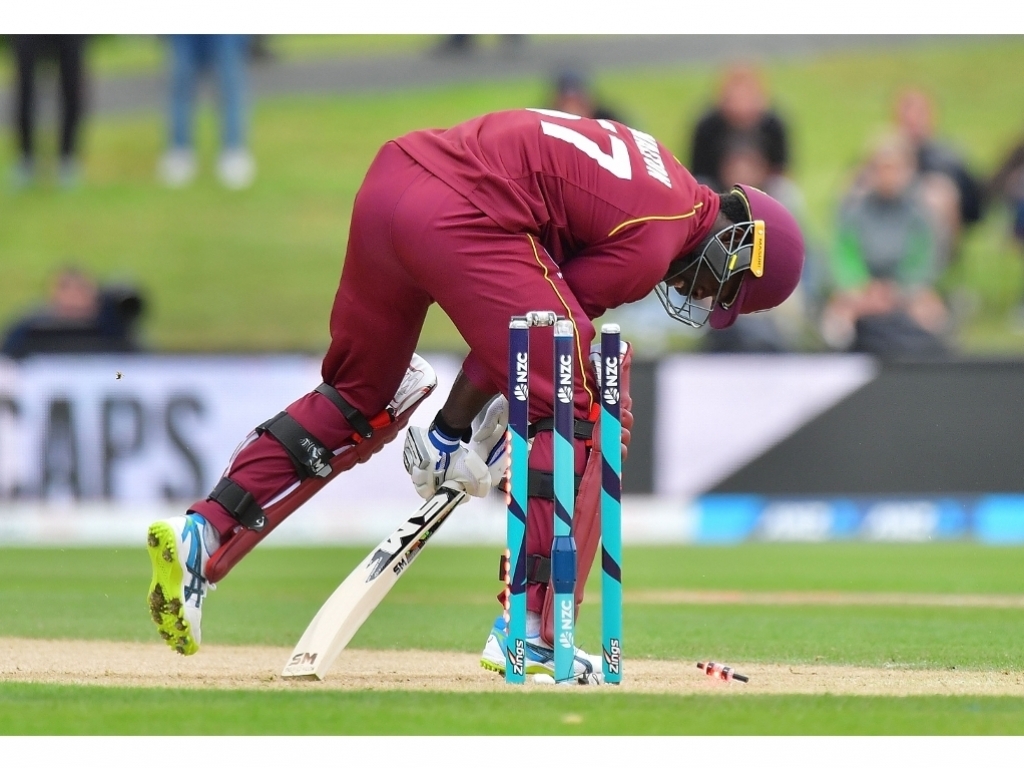 Faced with a revised target off 166 runs to get in 23 overs in the third ODI against New Zealand the West Indies managed just 99 for 9.

New Zealand won the toss and elected to bat first finding themselves in trouble early on.

Left-arm seamer Shannon Cottrell has looked lively all series and he caused problems up front for the Black Caps batsmen.

Cottrell removed George Worker (2) after the opener attempted an injudicious pull shot in the third over of the day and managed to play it on. 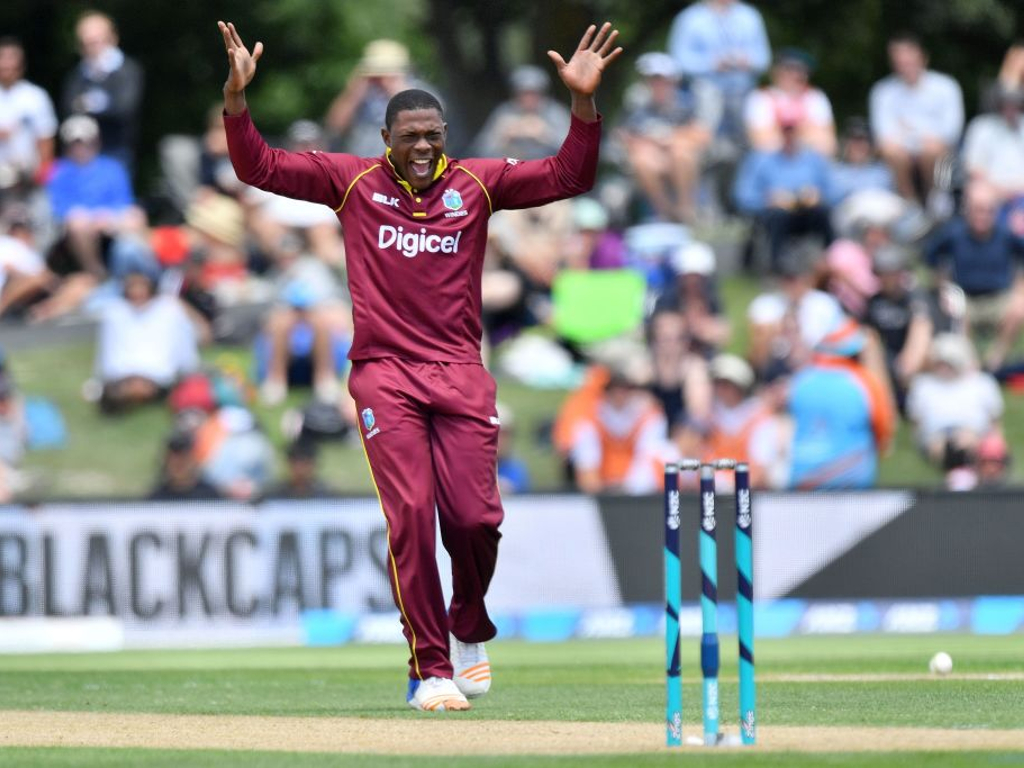 Neil Broom (2) was cramped for room by Cottrell as he tried to cut down to third man and was caught by Chris Gayle at a wide slip position, New Zealand were 26 for 2.

Gayle was in action again the following over with the score still on 26 he caught Colin Munro (21) who flashed at another shortish one outside off this time from West Indies skipper Jason Holder.

Tom Latham and Ross Taylor started the repair job putting on 73 for the third wicket before the former was stumped off the bowling of Nikita Miller for 37.

Taylor (47*) kept going though adding another 32 with Henry Nicholls before an extended rain break put an end to the Black Caps innings on 131 for 4 in 23 overs.

The West Indies faced a T20 style chase on a difficult pitch and after his career-best effort last time out Black Caps quick Trent Boult was at the top of his game.

Boult and Matt Henry decimated the West Indies top order with none of the top five batsmen making it into double figures.

Henry removed Gayle (4) off the final ball of the first over to start the rot, four balls later Shai Hope (2) hit Boult straight to midwicket and the West Indies were 6 for 2 and it was about to get a whole lot worse.

Off the first ball of the third over Henry trapped Kyle Hope (1) leg before Boult removed both Jason Mohammed (1) and opener Chadwick Walton who had yet to score, the West Indies were 9/5. 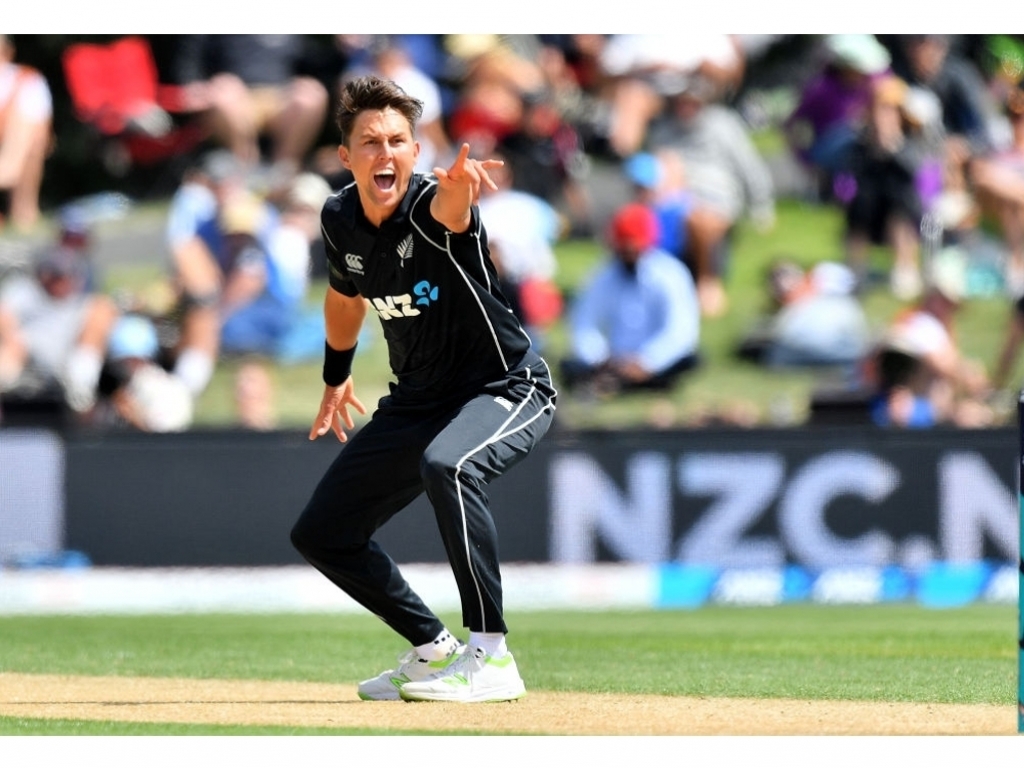 Spinners Mitchell Santner and Todd Astle kept things tight with Santner picking up 3 for 15 from his five overs to end as the pick of the bowlers but the job was done up front by Boult and Henry and Jason Holder’s 34 and an unbeaten 20 from Miller didn’t add that much respectability to the total.

The West Indies would lose by 67 runs on DLS method.

It has been a difficult tour for the West Indies who will now switch focus to the T20I series against New Zealand.