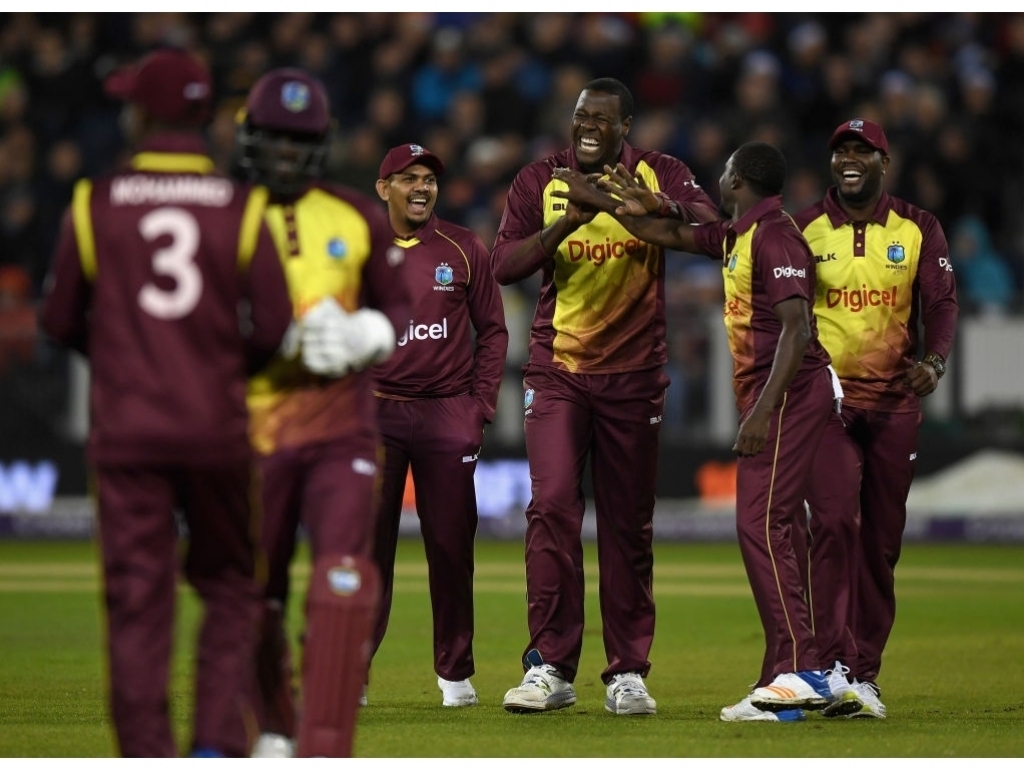 The West Indies triumphed over hosts England in a one-off T20I at Chester-Le-Street by 21 runs in a stop start affair.

England won the toss and put the West Indies in to bat on a bitterly cold evening but it didn’t take long for Chris Gayle to tee off.

Gayle smashed 40 off 21 balls before his languid running cost him his wicket inexplicably as he was run out by Jason Roy.

His opening partner Evin Lewis kept the tempo up smashing his way to 51 off 28 balls but he would chip Liam Plunkett to Joe Root at mid-off.

The West Indies innings came undone just a little after that as Marlon Samuels (10), Chadwick Walton (13) and Kieron Pollard (6) failed to kick on.

Plunkett turned the game for England with his extra pace and would end with figures of 3/27 while Adil Rashid followed that up taking 3/25 to cut deep into the Windies tail.

In the end Rovman Powell’s 28 was enough to lift the West Indies to 176/9 with a short rain delay stretching out the Windies innings.

Alex Hales got England off to a great start having lost Jason Roy off the first ball of the innings.

Hales (43) hit boundaries at will but after looking set to record the fastest England T20I fifty he marched down the wicket to Carlos Brathwaite yorking himself and losing his off stump.

England were 64 for 2 after the powerplay but soon lost Joe Root (17) who chipped Ashley Nurse to cover then Eoin Morgan (1) who reverse swept Sunil Narine straight to the man at short third man.

Jonny Bairstow and Jos Buttler looked like they might get England close but in skiddy conditions the Windies’ spinners were hard to get away.

Kesrick Williams struck twice in an over to remove Buttler (30) and Adil Rashid (1) and leaving England struggling at 124/6 after 15 overs.