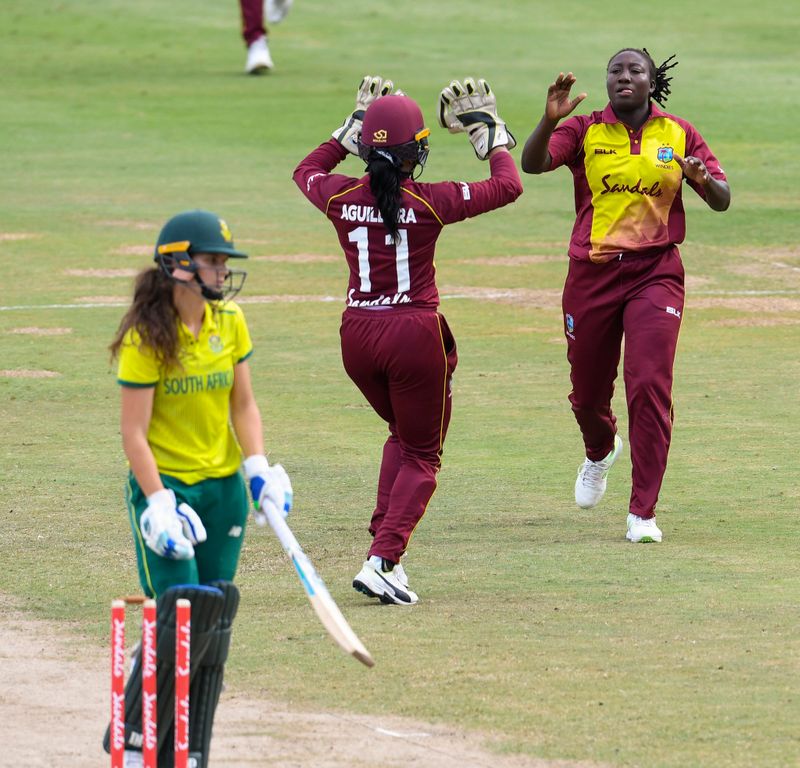 West Indies Women got the T20I series off to a winning start when they beat the Proteas Women by 17 runs in a low scoring affair at Kensington Oval on Monday as the hosts go 1-0 up in the five-match series.

South Africa did well to restrict the hosts to 124/6 at the end of their allotted overs after Windies captain Stefanie Taylor won the toss and elected to bat first.

Player of the Match Natasha McLean top scored with 38 runs from 41 deliveries, the second highest runs came from Deandra Dottin who hit 22 from 19.

Saarah Smith returned the best bowling figures by a South African debutant in a women’s T20 international with her 2/18 in three overs.

Their reply was once again marred by a batting collapse from the top order.

Openers Laura Wolvaardt and Lizelle Lee were dismissed for eight and one respectively which put pressure on the middle order to fire under difficult circumstances.

Marizanne Kapp was the leading run scorer with 30 from 22 deliveries with only stand-in captain, Chloe Tryon (23 off 16) getting more than 20 runs.

Taylor led the bowlers from the front, claiming 3/16 while Afy Fletcher provided good support with her 2/17. The visitors could only manage a disappointing 107/7 in the end.

The series now moves to the Brian Lara Cricket Academy in Trinidad. South Africa will have three days to regroup before they take on the hosts in the second match on Friday.