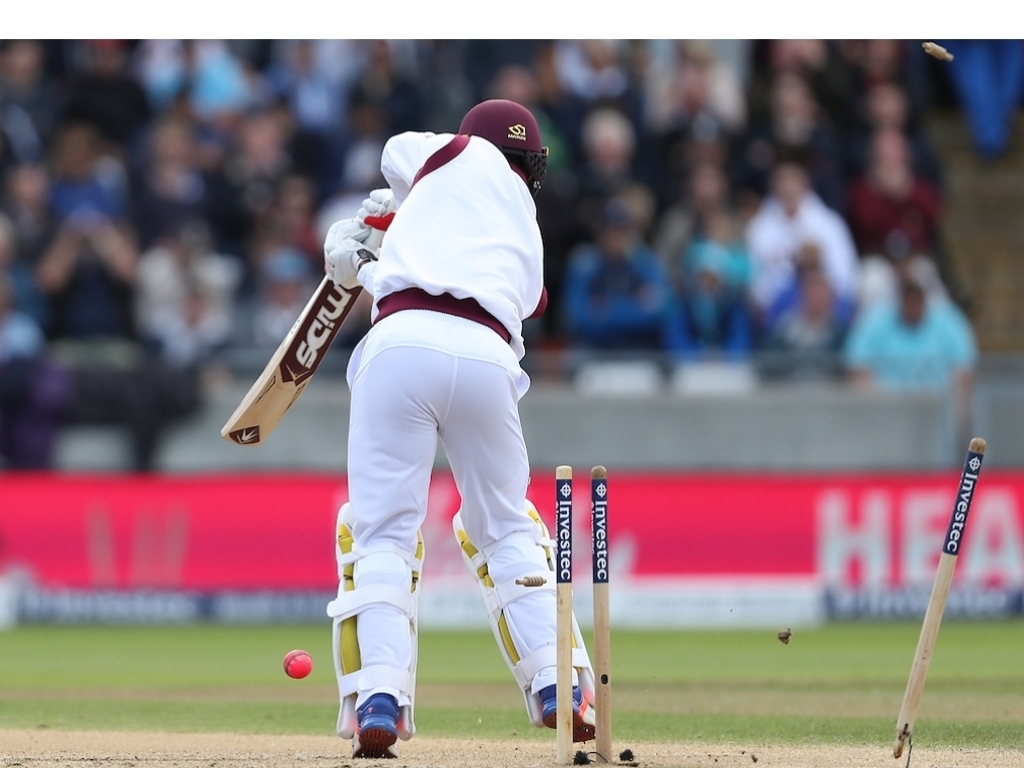 The West Indies suffered a horror day with the bat losing 19 wickets to lose by a massive innings and 209 runs in the first Test against England.

James Anderson made the initial inroads having Kyle Hope (25) caught in the slips without adding to his overnight total.

Anderson then ran out Kieran Powell (20) to begin the collapse before he bowled Roston Chase for a duck leaving the West Indies 47/4.

Jermaine Blackwood played an innings that stood out as he whacked 79 off 76 balls ending unbeaten as nobody was able to stay with him.

Anderson’s 3/34 made him the pick of the England bowlers and Joe Root would enforce the follow on with blood in the water.

The second innings was a depressing affair for West Indies fans and likely for their players too as it took on the air of a procession.

Kraigg Brathwaite offered resistance and even played a few shots in his 40 but once he departed the West Indies folded.

Stuart Broad moved level with Ian Botham as England’s second highest wicket-taker when he took the wicket of Jason Holder (0) and moved into outright second, behind Anderson, when he bowled Shane Dowrich for five.

Broad’s figures in the second innings mirrored Anderson’s from the first as he was the pick of the bowlers in England’s victory charge.

Alastair Cook was named man of the match for his big double hundred in England’s first innings effort of 514/8.

England take a 1-0 lead into the second Test at Headingley on Friday August 26.