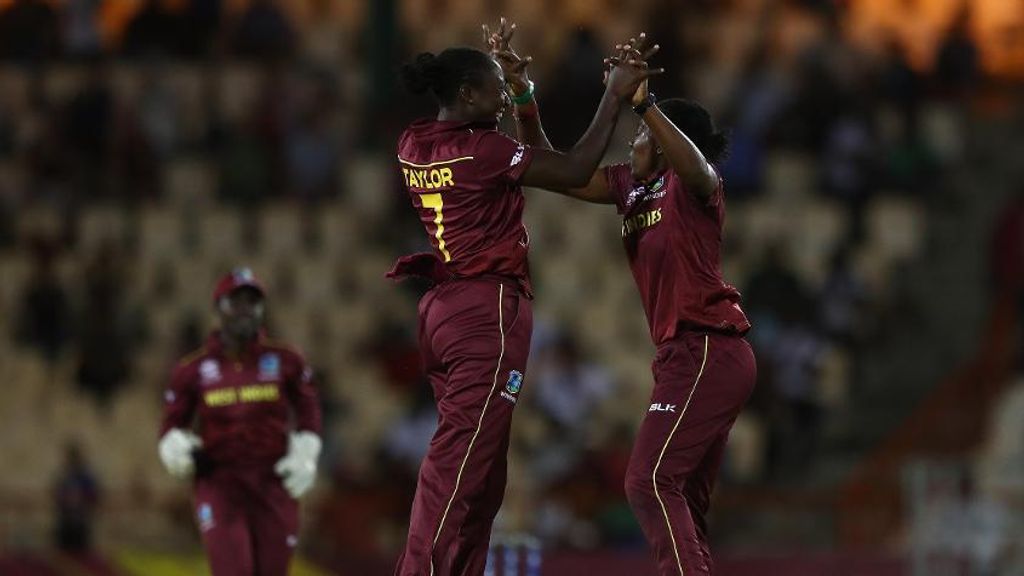 The Windies maintained their spotless record against the Proteas in Women’s World T20, applying sustained pressure with the ball and in the field to steal a 31-run win.

Their winning margin was bloated by a late collapse that saw South Africa lose their last five wickets for just one run.

The Proteas Women were looking steady at 41 for 1 after 10 overs chasing the Windies total of 107, when two outstanding pieces of fielding –including one direct hit from point by Deandra Dotttin- brought the holders back into the game.

Taylor then brought herself on and bowled her four overs on the trot, taking a wicket in each of them.

From 48 for one, South Africa slipped to 64 for five through a combination of pressure and panic, eventually bowled out for 76.

Taylor registered career best figures of 4 for 12, claiming Player of the Match, a medal that seemed headed into Shabnim Ismail’s pocket for a brilliant opening spell.

Ismail (3 for twelve) removed the Windies’ most destructive batters in her first twelve balls, claiming her second consecutive three-wicket haul.

A 45-run partnership between Kycia Knight (32) and Natasha McLean (28) rescued the Windies, giving them something to defend.

But the dents in Bangladesh’s chase were made by the left arm swing of Udeshika Prabhodani, who took two wickets in her first over.

Then the spinners shared the spoils, bowling 75 dots in the innings as Bangladesh never recovered from those early blows.

Earlier, Jahanara Alam’s three wickets were the highlight of a bowling effort that seemed to have done enough.

Bangladesh strangled the Sri Lanka top order, until a 31-run partnership off 20 balls between Siriwardene and Nilakshi de Silva took them close to a hundred.

A slow outfield and helpful conditions for the bowlers meant that those runs were enough.