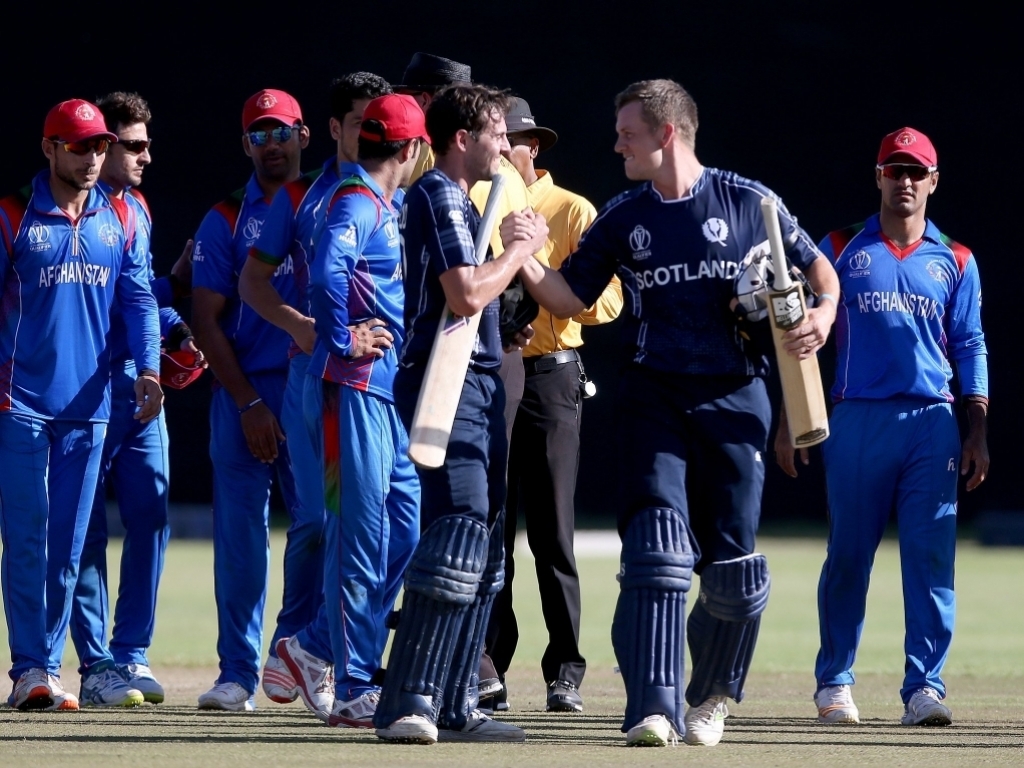 A century from Calum MacLeod and his record 208-run stand for the third wicket with Richie Berrington gave Scotland, the defending champions, a comfortable seven-wicket win over Afghanistan in the teams’ opening match of the World Cup Qualifier in Zimbabwe.

MacLeod and Berrington, who also put in a strong show with the ball earlier, helped lift their side from a tricky position, finishing the good work the bowlers had started in their Group B match at Bulawayo Athletic Club on Sunday.

MacLeod was unbeaten at the end with a monumental 157 as the Scots got off to the perfect start against one of the favourites.

Mohammad Nabi had performed a similar role for his Afghanistan in the first half, but in the end it wasn’t enough. His brisk 82-ball 92 had rescued Afghanistan from a shaky start and guided them to 255.

Najibullah Zadran gave him good support in a 149-run stand for the fifth wicket, before Scotland fought back at the death. They took that fighting spirit into the chase.

Raza stars with bat and ball as Zimbabwe win

Sikandar Raza first scored a blistering 66-ball 123 and then returned 3/48 to get Zimbabwe’s World Cup Qualifier campaign off to a flyer as they beat Nepal by 116 runs at Queens Sports Club in Bulawayo in their Group B match.

Batting first in overcast conditions, Brendan Taylor and Raza scored centuries and forged a 173-run stand for the fifth wicket to help Zimbabwe post a towering 380/6.

Raza then struck with his off-spinners to lead the way in restricting Nepal to 264/8 in their 50 overs.

In another game at the World Cup Qualifier Ireland beat the Netherlands by 93 runs (D/L method).

Ireland batted first and posted a total of 268/7 in their 50 overs with Alex Balbirnie hitting 68 while Niall O’Brien contributed 49.

Rain delayed the Netherlands innings to start on time and their target was reduced to 243 in 41 overs, however they were bowled out for just 149 in the 33rd over.

Seamer Tim Murtagh was the pick of the bowlers for the Irish with figures of 3-28 in seven overs.

In the fourth match of the day the United Arab Emirates beat Papua New Guinea by 56 runs (D/L method) at the Harare Sports Club.