Home Countries Zimbabwe and Windies even after two days

Zimbabwe and Windies even after two days 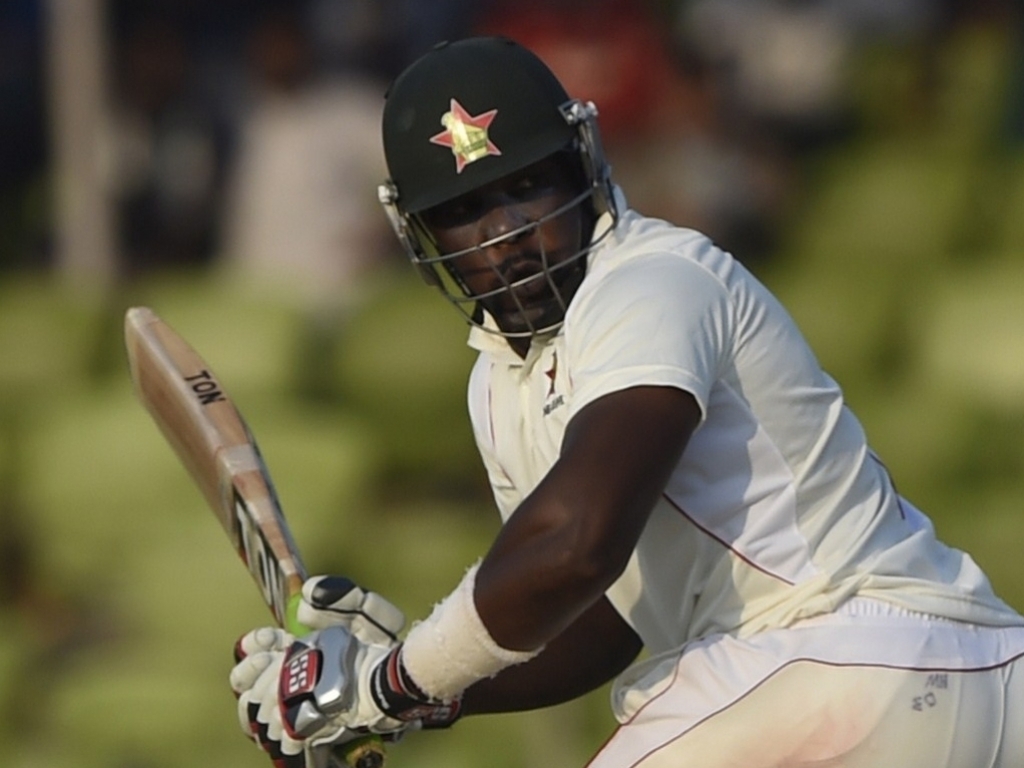 A most intriguing contest is underway at the Queens Sports Club in Bulawayo, where the West Indies are 78/1, 248 runs behind Zimbabwe’s first innings’ effort of 326 all out, at stumps on day two.

Zimbabwe began the day on 169 for four and Hamilton Masakadka (147) continued to dominate the visitors’ attack under grey skies.

Devendra Bishoo (2-82) got his man before lunch but number-six Sikander Raza (80) helped to push his side to a respectable total, after they were reduced from 246/4 to 267/7.

Raza’s effort in shepherding with the tail gave Zimbabwe hope in a match where they won the toss and knew they needed 300-plus to be competitive. Kemar Roach (3-44) was the pick of the West Indies bowlers.

The sun came out after lunch, offering a great change of atmosphere from the uncharacteristically arctic temperatures of the first day, and the West Indies looked to grind the Zimbabwe attack down and build slowly. It was good old-fashioned Test cricket, but the hosts looked a seamer short on a pitch that had had a good roll and was benefiting from the welcome sunshine.

Graeme Cremer got the big wicket of Kraigg Brathwaite (32) shortly before stumps on a long day that began thirty minutes early in order to make up some of the time lost to rain on the first day.

Kieran Powell is not out on 43 and has night-watchman Bishoo for company when they begin day three at 9.30am tomorrow. It must be noted how patient and careful the West Indies were in their approach as they managed only 1.6 runs per over from 49 overs. They have a 1-0 lead in this Test series and do not look like they are prepared to give that up in the second and final Test of their tour.

The outfield is slow, which means that batsmen have had to run most of their runs, and the pitch is playing as well as it has at any time during the two consecutive Tests played at this ground this month. It is fairly dry and is not quick and it offers some turn but it is not expected to be too tricky until late in the match. Good weather is forecast for the remainder of the match.

At the post match press conference, Roach noted that it had been a “pretty good day” for his side.

“Zim batted well but we stuck at it and bowled them out for a pretty much par score. It is a slow pitch with not much carry. You need to use variations to take wickets.

“There are a lot of runs on that wicket – the ball hasn’t been doing much. There is no major bounce or seam movement. If the boys put their heads down then we should be fine.”

Tendai Chisoro seemed to be enjoying his debut. A favourite with the Bulawayo crowd after his exploits in the triangular ODI last year against Sri Lanka and the Windies, he looked excited with the bat and put in disciplined spells to start his Test bowling campaign economically.

His summary of the match situation:

“When we look at their score, their run rate looks very slow – add two wickets on their score and it will be a totally different ball game.”

There is a lot of cricket to be played in this match but one gets the feeling that Zimbabwe will have to work very hard for a first-innings lead. Don’t be put off by the tiny crowd – this could be a Test worth savouring.