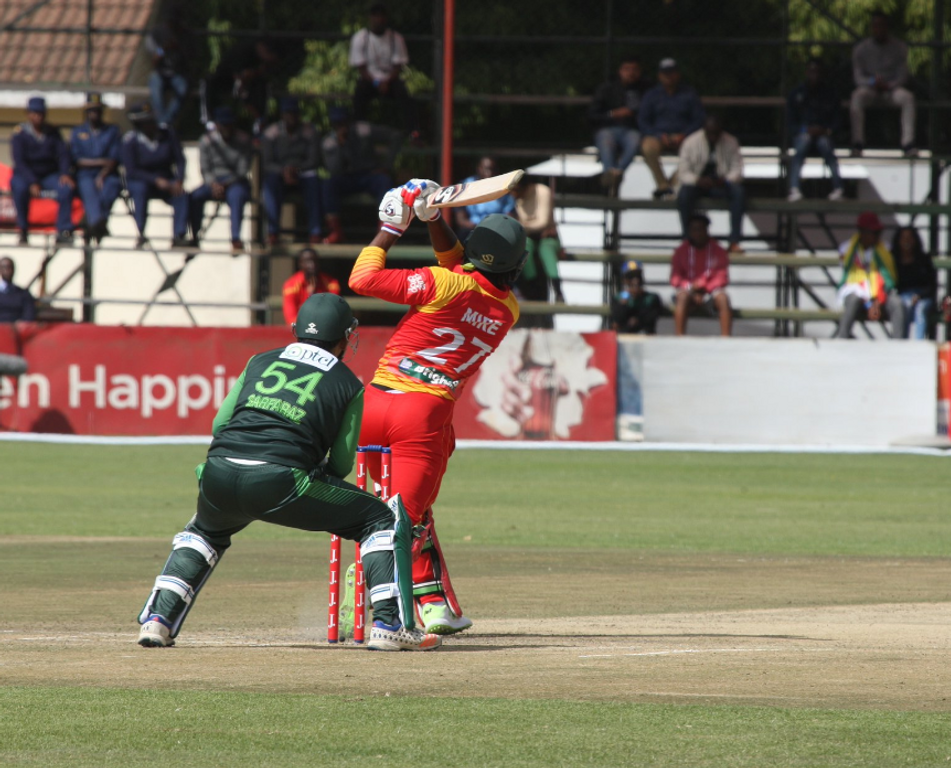 Solomon Mire struck Zimbabwe’s highest individual score in a T20I but it was not enough for the hosts as they went down by seven wickets to Pakistan in a tri-series clash in Harare on Wednesday.

Mire, who opened the batting, hit 93 off 63 balls as Zimbabwe posted 162/4 in their 20 overs after being sent in by Pakistan captain Sarfraz Ahmed.

The previous best score by a Zimbabwe in the shortest of format in international cricket was 93 by Hamilton Masakadza against Bangladesh in 2016.

Cephas Zhuwao (24) added 49 inside eight overs for the first wicket with Mire and Tarisai Musakanda contributed 33 from 22 deliveries as Zimbabwe set their visitors a decent total to chase down.

Pakistan’s opening pair, Fakhar Zaman and Haris Sohail (16), put on 59 with Fakhar especially severe on the bowlers, hammering 47 off just 38 balls, before he fell to the medium-pace bowling of Mire.

Hasan Talat contributed 44 but the visitors slipped to 138/3 at the fall of his wicket with 25 runs still needed from the remaining 16 balls.

The experienced duo of skipper Sarfraz (38 not out) and Shoaib Malik (12 not out) guided the Asian side over the line in the final over.

Although it was a better showing from the home team after they were demolished by Australia on Tuesday, they ultimately came up short against the best T20I side in the world.

The next game in the T20I tri-series will be between Australia and Pakistan also in Harare on Thursday.