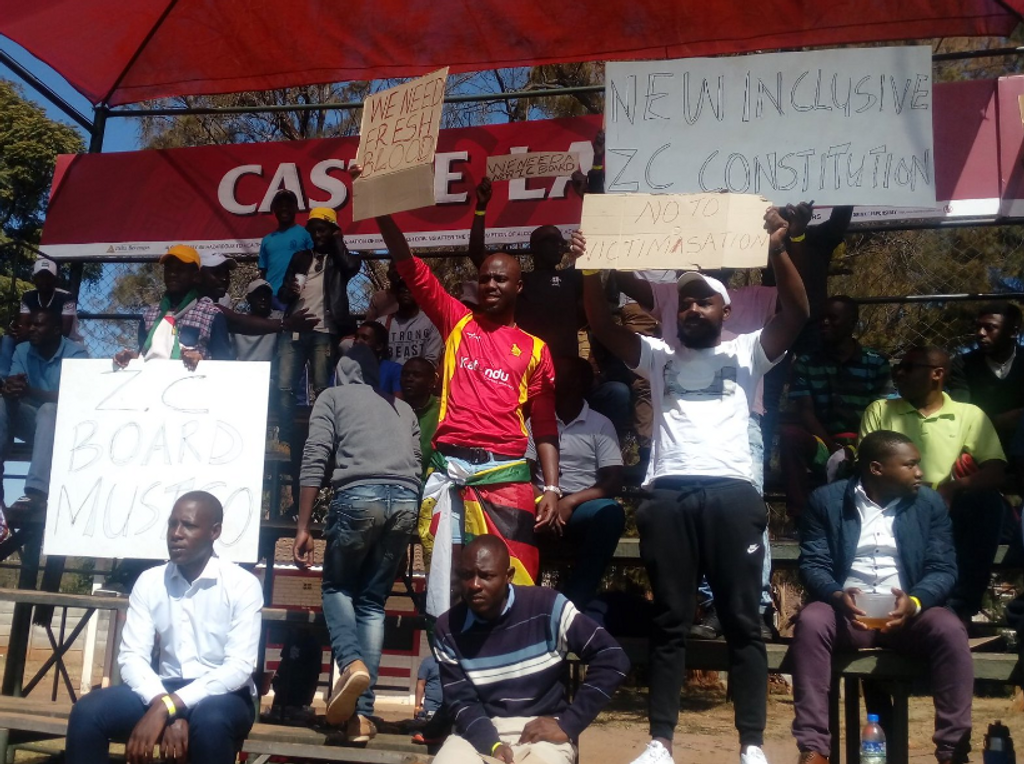 Zimbabwe’s fans showed their displeasure at their team and the country’s cricket board during a record-breaking loss to Australia in T20I tri-series clash in Harare on Tuesday.

The African side, who are missing five of their best players due to a pay dispute with the board, conceded their highest total in T20I cricket as the Aussies amassed 229/2.

Australia opener Aaron Finch racked up the highest individual T20I score as he smashed 172 off 76 deliveries as the Zimbabwe bowlers were put to the sword.

The fans made their voices heard as they held up banners and placards that said: “No to victimization”, “ZC board must go” and “enough of mismanagement of funds”.

Zimbabwe’s opening batsman Solomon Mire said after the game: “It’s a tough one. The fans are a little bit angry [at what has been happening].

“But that’s something that’s out of our control at the moment. The only thing we can do is concentrate on trying to perform, and hopefully that will win back the fans.”

It was Zimbabwe’s second loss in the tri-series that they are hosting as the African side also went down to Pakistan on Sunday.

After limping to 122/9 in their mammoth run-chase against the Aussies, Mire suggested that the Zimbabwe players should learn from opposition.

Mire said: “Unfortunately, nothing went to plan in the first innings. The wicket didn’t behave like we thought it would and we didn’t get any early wickets.

“You can learn from how the opposition went about it. The guy that was in definitely cashed in, and they didn’t both try to go. D’Arcy [Short] did well to give Finchy a lot of the strike, and he was the guy who was in and he cashed in.

“We have to do that. If a guy gets a good start, he’s got to continue.”