Home Countries Zimbabwe have their backs to the wall

Zimbabwe have their backs to the wall 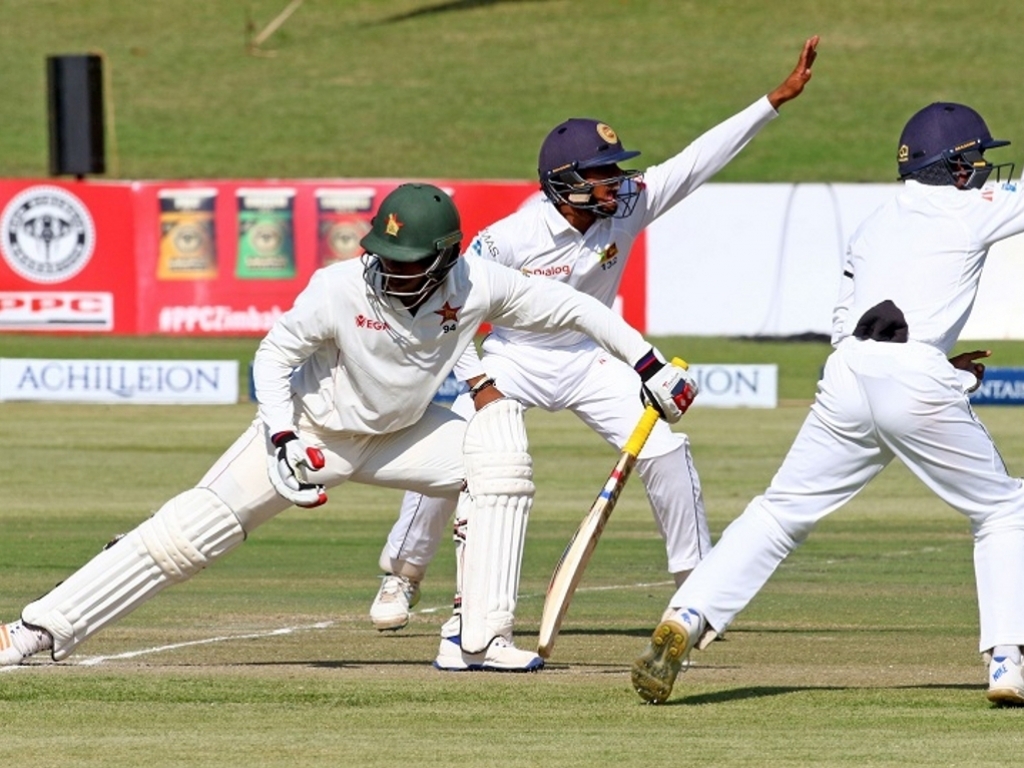 Zimbabwe find themselves unsurprisingly staring down the barrel of a massive defeat to Sri Lanka after day four in the second Test in Harare.

Set a mammoth 492 runs to win, Zimbabwe could realistically only save the game but having lost seven wickets already their final day efforts will need to be immense to avoid defeat.

Sri Lanka reached 258 for 9 earlier in the day before declaring and running through the Zimbabwe top order.

The tourists were 102/4 overnight with Dimuth Karunaratne and Asela Gunaratne the pair who would get the ball rolling on the fourth morning.

The pair would add 51 to the total in the morning before first innings centurion Gunaratne departed for 39 trapped leg before by Donald Tiripano.

Karunaratne would fall 12 runs short of recording his fifth career Test century and could perhaps be forgiven for his futile review after being struck adjacent to the stumps by a delivery from Christopher Mpofu.

When Perera, of the Kusal variety, departed for 62 Herath declared leaving Zimbabwe chasing 492.

The pick of Zimbabwe’s bowlers was Graeme Cremer who picked up 4 for 91.

Herath would come to the for yet again with the ball claiming his second five wicket haul of the match as Zimbabwe crumbled on the wearing wicket.

Zimbabwe would lose Brian Chari (8) and Hamilton Masakadza (10) before tea and Tino Mawoyo (15) shortly after the break as they slipped to 39 for 3 with the trio all falling to Herath.

Sean Williams would join Craig Ervine and launch a counter attack with the former smashing 45 off just 47 balls as they put on 74 for the fourth wicket.

Williams lost his wicket to Lahiru Kumara who induced the edge with some movement away from the left-hander.

Ervine went on to record his second fifty of the match but found little in the way of assistance as a procession of partners came and went.

Malcolm Waller was handed a first ball duck but only after a review from Sri Lanka showed he got a tickle on a straight one from Dhananjaya de Silva.

Ervine ended the day unbeaten on 65 with Donald Tiripano yet to get off the mark down the other end.