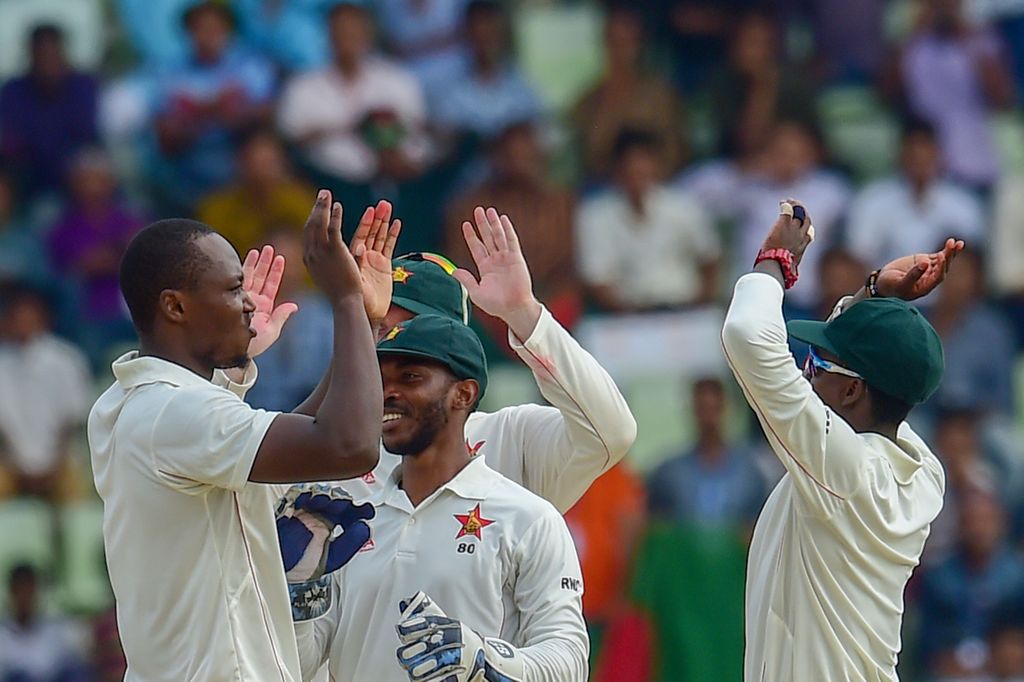 Tendai Chatara and Sikandar Raza took three wickets each on Day 2 as Zimbabwe took control of the first Test against Bangladesh in Sylhet on Sunday.

The Tigers were bundled out for just 143 in reply to the tourists’ first innings total of 282, a commanding lead of 140 with three days of the Test still remaining.

Zimbabwe’s opening bowlers, Chatara and Kyle Jarvis, could not have given their team a better start with the ball as they reduced the hosts to 19/4 inside the first 10 overs.

Chatara first bowled Imrul Kayes (5) then Jarvis nicked off Liton Das (9) to the wicketkeeper before Chatara repeated that dose of dismissal to Nazmul Hossain (5).

Bangladesh captain Mahmudullah (0) was then bowled by Chatara as the hosts found themselves in deep trouble and desperate for a partnership.

Monimul Haque and Mushfiqur Rahim, the home side’s two best batsmen in this game, tried to repair the damage with a stand of 30 but Raza had Mominul caught at first slip for 11.

Jarvis then returned to the attack to remove Mushfiqur (31) while spinner Sean Williams got rid of Mehidy Hasan (21).

Ariful Haque, who was making his Test debut for the Tigers, tried to salvage something with 41 not out but he ran out of partners as Raza added two late wickets.

Zimbabwe openers Hamilton Masakadza and Brian Chari negotiated two overs before the close and will resume on Day 3 looking to put their side further into the ascendency.

Earlier, PJ Moor scored his fourth Test fifty in his seventh game as he made an unbeaten 63 for the visitors who were bowled out for 282 after resuming the second day on 263/5.