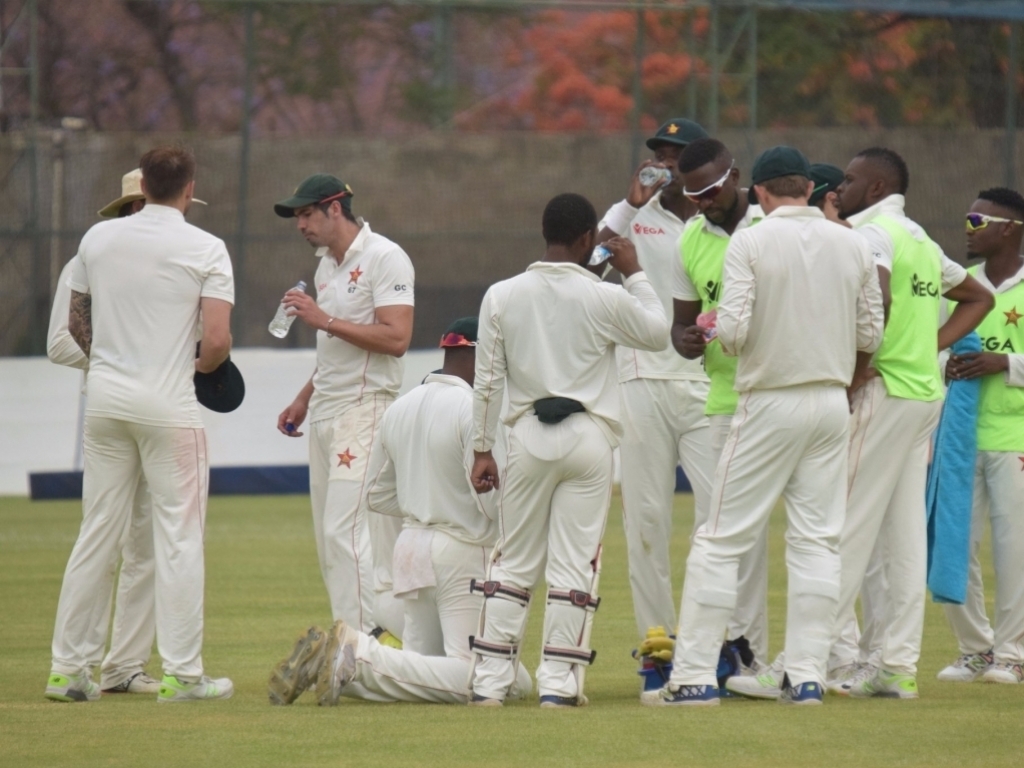 Zimbabwe captain Graeme Cremer said it was disappointing to lose the Test series against the West Indies but credited his team for the fight they showed to salvage a draw in the final Test.

The Windies won the two-match series one-nil after Zimbabwe batted out the final day of the second and final Test in Bulawayo on Thursday on an unresponsive pitch at the Queens Sports Club.

The hosts were behind in the game after the visitors took a significant 122-run lead after the both teams batted in the first innings, but Sikandar Raza (89 off 203 balls), Regis Chakabva (71 not out off 192 balls) and Cremer (28 not out 150 balls) batted the home team to safety.

The home skipper said they were thinking about a declaration late on the fifth day but Raza’s wicket after tea put paid that idea.

Cremer said: “It’s disappointing to lose a Test series, but we were behind for a lot of this Test match, so credit to the guys for fighting.

“We were quite happy with a draw in the end, and we didn’t feel we had quite enough runs to declare. And it’s probably not a wicket where you can bowl a side out in 30 overs.

“There were thoughts of a declaration, but we know it’s quite hard to take 10 wickets in 50 overs, let alone 30, so after Raza got out we almost had to shut up shop there and just take overs out of the game to make sure we couldn’t lose the Test match.”

Zimbabwe’s next assignment is a four-day day/night Test against South Africa, starting in Port Elizabeth on Boxing Day, and Cremer is hoping this Test series will be a springboard for better things to come.

The home team lost the first Test against the Windies by 117 runs after suffering a batting collapse on the second innings.

The Zimbabwe skipper added: “The more you play, the more you realize how much time there is in a Test match. In the first Test, we were a little too aggressive, and didn’t back our defence against spin. But we got better, as we saw in this Test match.

“It is a learning curve, hopefully we’ll take this experience into the [Boxing Day] South Africa Test match.”