Home Countries Zimbabwe Streak: We can build on performances in Sri Lanka

Streak: We can build on performances in Sri Lanka 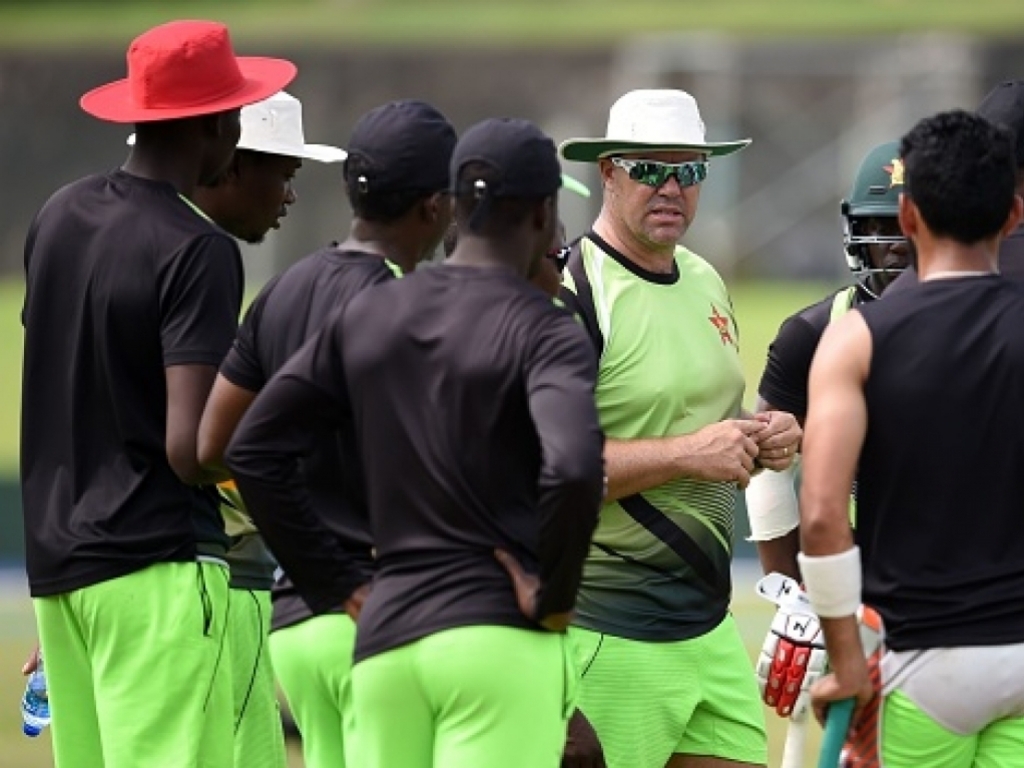 Zimbabwe coach Heath Streak says his side can build on their performances in the recent series in Sri Lanka.

The Africa side beat Sri Lanka 3-2 in a five-match ODI series, their first ever bilateral series success against the Asian team, before narrowly going down by four wickets in the one-off Test in Colombo.

It took a record chase by the home team to topple Zimbabwe in the longest format and although he was disappointed that they couldn’t end the tour on high, Streak was positive ahead of future engagements.

Zimbabwe are set to play a home series against West Indies in October and they will also be involved in a qualifying tournament for the 2019 World Cup.

Streak said on their arrival back home: “We were all disappointed, we felt we could have won that Test match and it was a tough flight back given we got so close to winning.

“We know that when West Indies come in October the belief will be there, we can build on the performances that we had in Sri Lanka getting onto the West Indies and into next year to the World Cup Qualifiers.”

Streak, a former Zimbabwe captain who took more than 400 wickets in international cricket, feels the belief in the camp is really high and they can get better given time.

The coach also thanked the country’s cricket board (ZC) for all the improvements they have made in recent months.

Streak continued: “I think we have seen what these guys are capable of…I would like to thank ZC for all their support and what they did behind the scenes.

“What we achieved is not something that happens overnight but I think what we have seen and what we have realised is that this is a watershed moment for this team in terms of what their capabilities are and where we can go as a cricketing nation.

“The belief in this team is really very high, I would like to congratulate them on the hard work they put in the last year or so.

“We have been having tough times and we have been challenged but they have been rewarded.”