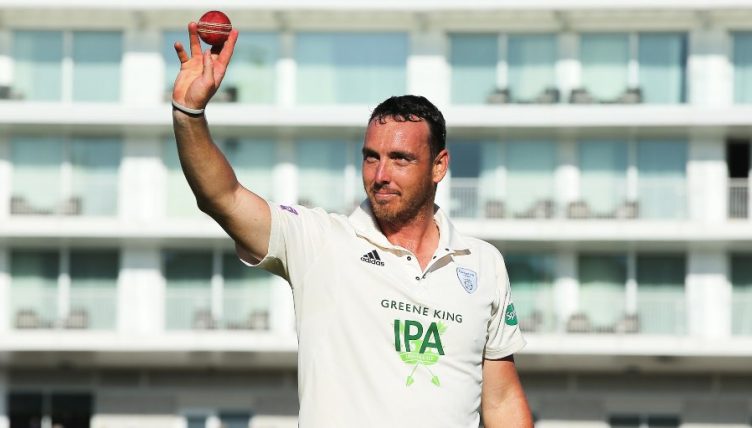 Kyle Abbott claimed Hampshire’s best-ever bowling figures and the fourth-best in Specsavers County Championship history as Somerset’s hopes of winning the title took a hefty blow at the Ageas Bowl.

South African Abbott had taken nine for 40 in the first innings and replicated his incredible fast bowling with a remarkable eight for 46 to blow Somerset away again with match figures of 17 for 86 – the Championship’s first 17-wicket haul for 80 years.

The 136-run defeat, Somerset’s third loss of the season, means they will likely need to beat their title rivals Essex at Taunton next week if they are to win the Championship for the first time in their history.

Hampshire, on the other hand, took 19 points from the match and lead the charge in the battle with Yorkshire and Kent for third place.

READ: Which of Stuart Broad’s seven David Warner dismissals was the most enjoyable?

Abbott had started the day with his pads on as he continued his lengthy ninth-wicket partnership with century-maker James Vince.

The pair helped Hampshire add 50 morning runs to take their partnership to 119 before Vince edged behind for a wonderful 142, a 63 per cent share of his team’s runs, and Abbott drilled to mid-off.

That set Somerset 281 to win, which would have been by far the highest score of the match, with plenty of time remaining.

And it started almost perfectly as Murali Vijay and Steve Davies totted up 62 runs in 16 overs before lunch.

Both produced a series of eye-catching shots which hinted that the pitch had flattened under a day and a half of blues skies.

But Abbott came on after lunch and produced a spell as spellbinding and devilish as he fashioned in the first innings – his eight-over stint bringing six for 19.

The moment Kyle Abbott made history.

What a ball to do it with!pic.twitter.com/4cBwL7bayE

Indian opener Vijay was the first to depart when he pulled straight to mid-on, handing Abbott his 10th of the match.

Tom Abell could do little but to edge a subtle in-ducker behind before Liam Dawson split away from Abbott by bowling James Hildreth with one which turned and stayed low.

Abbott thought he had Tom Banton lbw but it was adjudged to be going down leg only for the quick to readjust slightly next ball to pin his man with another inseamer.

Bartlett was lbw next ball and, despite the hat-trick ball being fended off, Davies, who had scored fifty in 86 balls, nicked behind.

Dom Bess was also lbw to leave Somerset 100 for seven, and still 181 away from victory.

After a 40-run partnership with Lewis Gregory, Abbott returned and had Overton caught at second slip by Dawson.