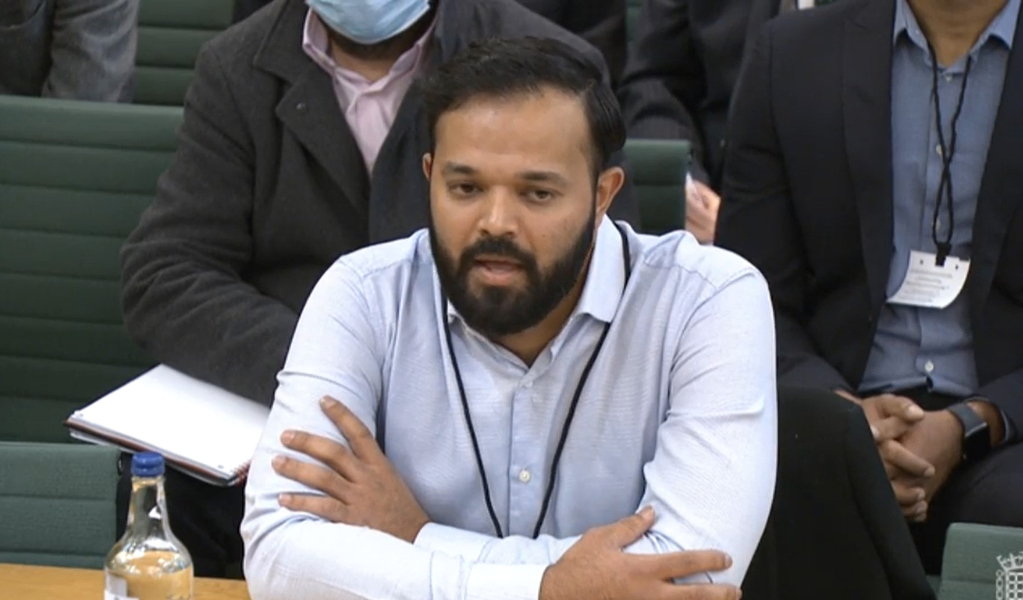 Azeem Rafiq has criticised comments made by Middlesex chair Mike O’Farrell to MPs about the struggle to make cricket more diverse, saying they highlight the “endemic problem” facing the sport.

Rafiq blew the whistle on the racist abuse he suffered as a player during two spells at Yorkshire in an appearance before the Digital, Culture, Media and Sport (DCMS) select committee in November last year.

His testimony, plus those of others who came forward to allege abuse during their county careers, prompted major change at Yorkshire and the implementation of a 12-point plan to tackle discrimination by the England and Wales Cricket Board.

County chairmen, including O’Farrell, were called before the same committee on Tuesday to talk about the efforts their clubs were making to become more diverse.

Committee chair Julian Knight put it to O’Farrell that Middlesex, based in one of the most culturally diverse cities in the world, was still underperforming, and O’Farrell said: “Fifty-seven per cent of the players we have at under-17 come from culturally diverse backgrounds.

“As we move up the chain, particularly as we get to the academy, we then find it becomes more difficult for several reasons.

“The football and rugby world becomes much more attractive to the Afro-Caribbean community, and in terms of the South Asian community, there’s a moment where we’re finding that they do not want to commit necessarily the same time that is necessary to go to the next step because they prefer – not always saying they do it – they prefer to go into other educational fields where cricket becomes secondary.

‘We are coming full circle’

“Part of that is because it is rather a more time-consuming sport than some others, so we’re finding that’s difficult. Now that’s changing, with Twenty20 and the one-day games, we are now finding that we are coming full circle because the game is getting more exposed.

“There’s much more choice, there’s much more variation in the games and therefore the South Asian community, young men and women – particularly women – are finding this a much more attractive sport.

“So we are moving it forward. It’s not as fast as we’d like it to (be) and we’re trying to make as many opportunities as we can.”

O’Farrell’s comments were taken to be generalisations of whole communities, and Rafiq tweeted: “This has just confirmed what an endemic problem the game has. I actually can’t believe what I am listening to.”

Ebony Rainford-Brent, a director at Surrey and chair of the ACE Programme charity which aims to support diverse talent, also wrote on Twitter: “Honestly these outdated views in the game are exactly why we are in this position.

“Unfortunately the decision-makers hold onto these myths. ‘The Black community only like football, and Asian community only interested in education’ Seriously the game deserves better.”

O’Farrell is expected to make a further statement on Tuesday afternoon.