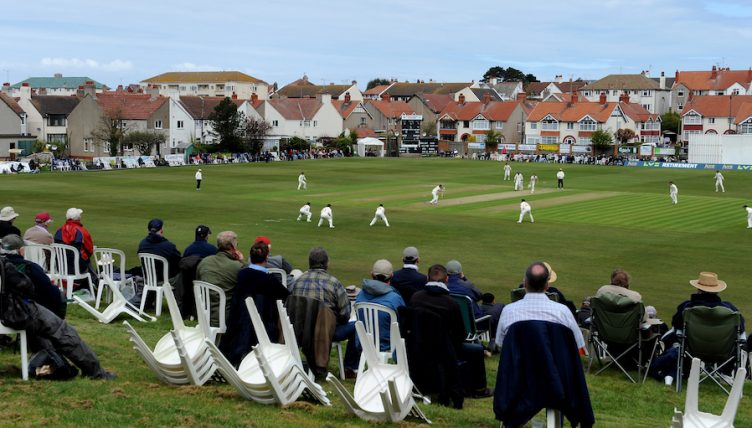 The County Cricket news has come thick and fast with Worcestershire, Northamptonshire and Sussex all busy in capturing signatures, while Lancashire have extended the contract of a key man and Yorkshire have tied down an all-rounder who enjoyed a breakthrough year in 2019.

Northants give Jack White a chance after seconds’ revival

The 27-year-old has had a series of fitness issues but managed to catch the eye of head coach David Ripley during second-team action.

“Jack had some injury issues last year but when we saw him fit and firing, he’s a very fine seam bowling prospect,” said Ripley.

“What was noticeable is when we played Australia A and Jack was around, the number of guys who played against him when he had two or three really successful years playing club cricket in Australia, they had a lot of time for him and respect for what they’d seen of him.

“I thought that was a really good sign and very interesting as he was still a little unknown to us.”

White added: “Last year was very very frustrating, it was the worst. I need to catch up on some lost time.”

The 26-year-old has spent the last five seasons at Trent Bridge but has parted company with his former county by mutual consent.

Libby has a moderate first-class record – five centuries and an average of 28.60 in 55 matches – but enjoyed a more prominent role in limited-overs cricket last year.

Paul Pridgeon, chairman of the Worcestershire cricket steering group, was happy to fend off interest from elsewhere to attract Libby to New Road.

“We are delighted to have acquired Jake’s services. He spoke to other counties but made it clear he was keen to come here,” said Pridgeon.

“Jake will strengthen us in terms of championship and white-ball cricket. At 26, hopefully he has his best years ahead of him and he is hungry to make a big impression.”

“Jake has been a valued member of our set-up and someone who has worked tirelessly on his game throughout his time at Trent Bridge,” said Moores.

“There’s been some exceptional performances to remember and some tough times as well. He’s remained very positive throughout; always a pleasure to coach and to have around the group.

“With Jake having expressed a desire to join Worcestershire, we have agreed for him to leave and we wish him all the best with the next chapter.”

Kirtley spent 14 years with the county as a player, winning three Specsavers County Championship titles and three limited-overs trophies, and has been acting as a coaching consultant for the last two seasons.

A permanent vacancy on the staff came up when Jon Lewis left for England Under-19s and the 44-year-old Kirtley was delighted to take up the chance to work with the likes of Jofra Archer, Chris Jordan, Tymal Mills and George Garton.

“I am really looking forward to working full-time with the bowlers at Sussex,” said Kirtley.

“I am proud to have helped the bowlers with their achievements and progress over the last two years albeit in a more behind the scenes part-time role. I was lucky Jon Lewis had left the club with the bowlers in such a good place.”

Head coach Jason Gillespie added: “I’ve really enjoyed working with James over the past two years, so to have him join our coaching team full-time is brilliant.

“His technical knowledge of fast bowling is superb, he is full of ideas and he has a great rapport with the players. He’s already been a great help to many of our guys during his time with us and it’s fantastic for Sussex that he can continue that work.

“Personally, I’m really looking forward to learning as much as I can from James. We’re all going to benefit enormously from having him with us full-time.”

23-year-old Jordan Thompson will now remain at Headingley until at least the end of the 2021 campaign.

The Leeds-born all-rounder had a breakthrough season in 2019, making his first-class and List-A debuts while also securing a regular place in the Vikings’ Vitality Blast side.

He said: “I’ve played for the White Rose since I was nine years old and have come through the pathways.

“Hopefully we can kick on and build a good squad to start winning some trophies.”

The onions are not for turning

Graham Onions has agreed a one-year contract extension with Lancashire.

The former England seamer has been with the Red Rose for the past two seasons after joining from Durham, collecting 104 wickets in 23 first-class appearances.

The 37-year-old, who won the last of nine Test caps in 2012, will continue to help coach the academy and age-group side at Old Trafford.

Onions said: “I have thoroughly enjoyed my time at the club so far and it was a no-brainer to sign a new contract.

“Emirates Old Trafford is a great place to play cricket and I am looking forward to playing alongside, and working with, some of the best bowlers in the country.

“I will continue to work with the club’s up-and-coming bowlers, something which I have loved doing over the last two years. There are some real talents coming through the system and I hope I can positively influence their careers.”