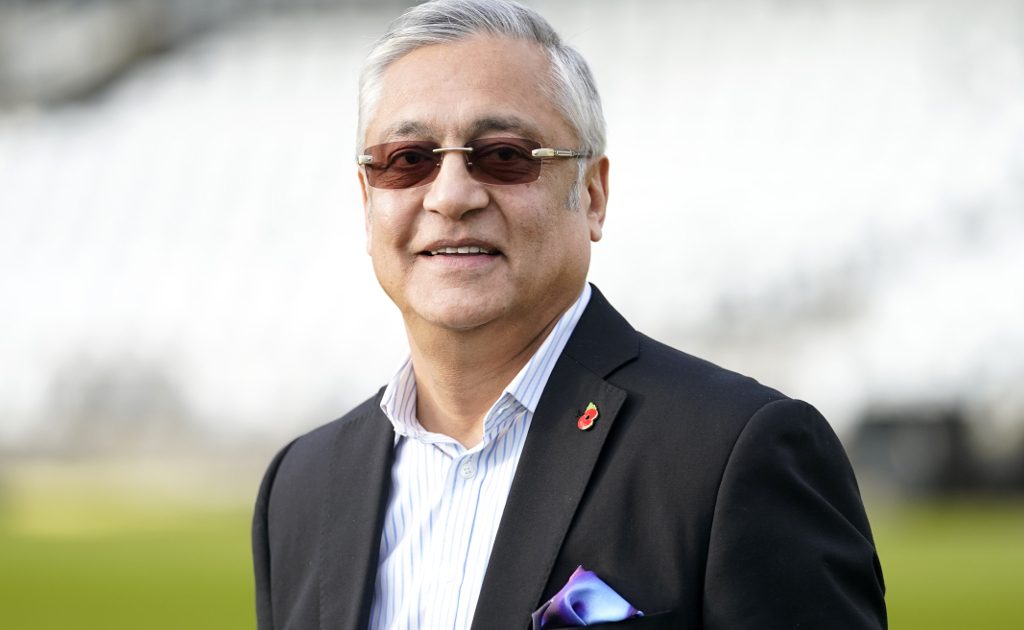 The England and Wales Cricket Board has given its backing to Lord Kamlesh Patel ahead of Yorkshire’s extraordinary general meeting on Thursday and expressed its hope “unity will prevail” before a pivotal day for the county.

A third attempt to hold an EGM at Headingley will occur this week where members will be asked to vote through changes to the structure of the board that are key to the future of the club.

Yorkshire lost its right to host lucrative international matches in the wake of its handling of racism allegations made by former player Azeem Rafiq, but Lord Patel was hired as chair in November to help oversee wholesale changes.

A total of 16 members of staff were removed from their roles and a move to reshape the culture at Headingley occurred which saw the ECB announce last month it had restored the club’s international rights on the proviso certain conditions were met.

These included “resolving the issues relating to rule changes and decisions at the club” and “including the removal of Graves Trust powers”.

But to further complicate matters, two previous efforts to hold an EGM have been cancelled while ex-chairman Robin Smith, who still remains vice-president, has publicly deemed the new chairmanship of Lord Patel invalid.

Martin Darlow, an ECB board member who has worked to support Yorkshire since November, said in a blog post on Wednesday: “I firmly believe that Kamlesh is the right person to lead Yorkshire to a new future.

“With a strong team supporting him and a clear path for the future change, the club can unite again.”

Darlow added: “Our hope is that unity will prevail and the members of Yorkshire County Cricket Club will come together and vote with future-focused intent at the forthcoming EGM.”

Changes have occurred on the pitch at Yorkshire with former player Darren Gough made managing director of cricket and he was able to appoint Ottis Gibson, formerly of the West Indies and South Africa management set-up, as head coach.

Partnerships with overseas clubs Momentum Multiply Titans and Lahore Qalandars – in an attempt to help find talent from diverse communities – have also been agreed and Julian Knight, chairman of the Digital, Culture, Media and Sport committee, only last week gave his backing to Lord Patel.

Knight said: “By voting for the reforms put forward by Lord Patel, Yorkshire members can continue the process of the club’s rehabilitation. This should be just the first step in cricket putting its house in order.”

Yet the war of words between vice-president Smith and Yorkshire’s current chair earlier this year has increased the tension ahead of Thursday’s third scheduled EGM with fears over whether members will vote through the required reforms proposed.

Darlow is in no doubt over Lord Patel’s ability to guide the club through its racism crisis.

“It is with sadness that I watch this famous cricket club, fresh from the shame of Azeem Rafiq’s accounts of racism, now embroiled in more conflict,” he said.

“It has only been five months since Lord Kamlesh Patel took over at Yorkshire County Cricket Club and I’m pretty sure that every day has been a challenge for him.

“A proud Yorkshireman, he stepped up and leaned in to see a club through its darkest hour, forging partnerships and shaping plans to create a new future for YCCC.”

The ECB announced a 12-point plan to help rid the game of discrimination in November, following Rafiq’s harrowing evidence of his experiences with racism in cricket in front of a parliamentary committee.

Darlow continued: “I’ve been the Board member appointed to support YCCC and Kamlesh since November and I can only attest to his desire to create change and bring pride back to the club.

“We set some very tough measures for the club to deliver against to return international men’s cricket this season and the ECB Board recognised the strong progress and approved the Headingley fixtures to go ahead. But it doesn’t end there.

“Alongside those measures, the club must also, with every other county cricket organisation, adopt minimum governance standards as set out in the County Governance Framework. These changes, when implemented, will be part of creating the modern, inclusive, and open organisation we all want YCCC to be.

“We set these minimum standards to all county clubs within cricket. There is no wiggle room or negotiation around them.

“Cricket is working together to change and as the national governing body, we believe that you’re either part of shaping our sport’s future, or you’re standing in the way of a more inclusive sport.”