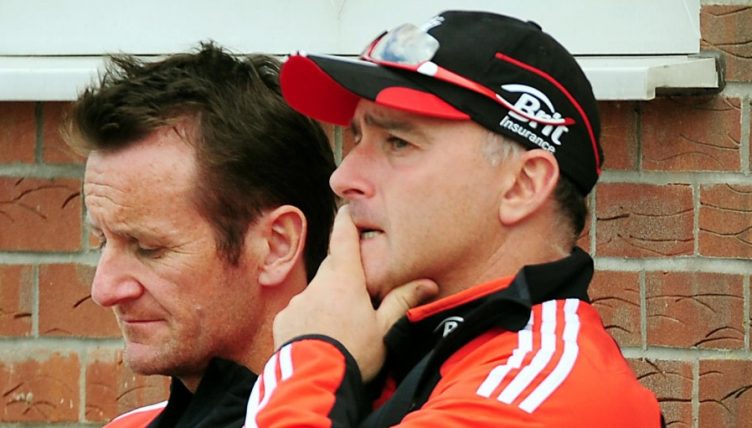 Kevin Shine has been appointed as Nottinghamshire’s assistant coach after 14 years with the England and Wales Cricket Board.

Shine’s time as the ECB’s lead fast bowling coach based at Loughborough came to end at the start of the month and he will now begin a fresh chapter alongside former England coach Peter Moores at Trent Bridge.

The 50-year-old served as head coach and academy director at Somerset before beginning work with the ECB in 2006, his tenure ending after managing director of men’s cricket Ashley Giles oversaw a changing of the guard in the backroom departments.

“When the opportunity came up it was a no brainer for me,” said Shine.

“I’m really looking forward to working with Pete again. He is one of the best coaches in the game and a person I have huge respect for.

“I have spent the last 14 years trying to develop international cricketers and to put a bit of what I have learnt back into county cricket is really exciting.”

Moores believes Shine’s expertise can help the club – who were relegated from Division One of the Specsavers County Championship – bounce back.

“On the back of last season, we know we’ve got to get better,” he said.

“Our coaching is part of that and – with Kevin becoming available – we saw an opportunity to shake things up in a way we believe will help us improve.

“He’s coming from 14 years in an elite environment with England, where he’s worked within various coaching regimes and with a whole host of different players.

“His track record is there for all to see in the current crop of international bowlers available to England, and it’s fantastic that we can now tap into that experience at Notts.”