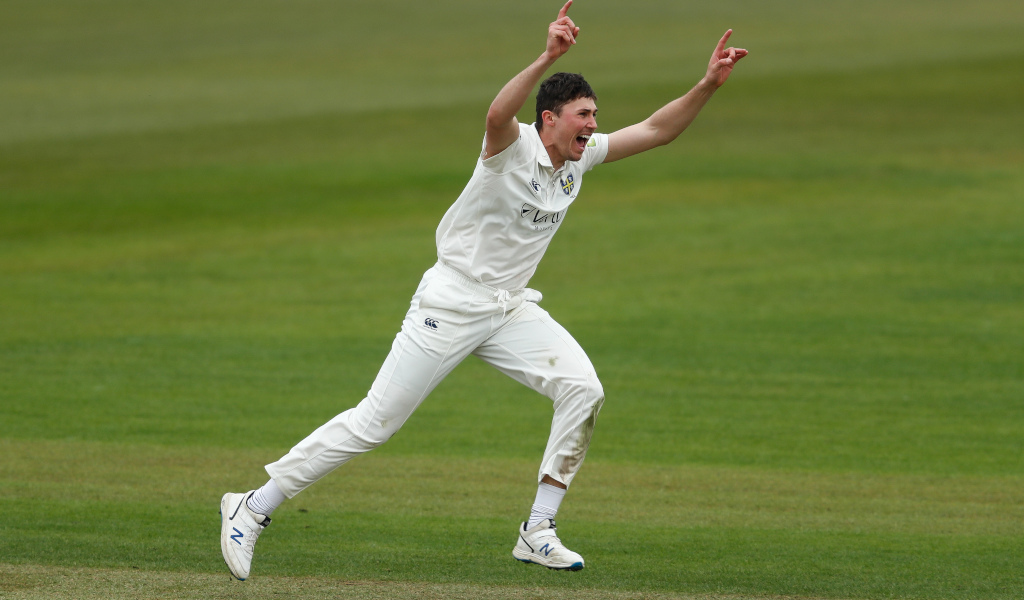 An afternoon filled with poor weather meant that just 26.5 overs were bowled on day two of the LV= Insurance County Championship match between Glamorgan and Durham in Cardiff.

The morning session saw Glamorgan bowled out for 234 as six wickets fell for 46 runs, with the dismissals shared around by the Durham seamers.

There was time for one over of the Durham first innings before the lunch break but that was where play finished for the day, with the visitors on five without loss, 229 runs behind.

Chris Cooke and Colin Ingram were looking well set in the opening exchanges as both batters started off with real attacking intent, with Ingram particularly good when driving down the ground.

But when Ingram edged one to first slip on 87 it was the start of a Glamorgan collapse that saw them go from 188 for four to 234 all out.

Callum Taylor managed to get two balls away to the boundary for four on his way to 11 before he was trapped lbw by Matty Potts.

Two balls later Potts repeated the trick to dismiss James Weighell with a yorker that trapped him plumb in front to leave Glamorgan 214 for seven.

Cooke played well despite wickets falling around him, making 59 from 120 balls, but he was the ninth wicket to fall when he uppercut the ball down to third man off the bowling of Paul Coughlan, with Liam Trevaskis taking a very good catch diving forward with the ball just inches off the ground.

The Durham openers saw out the one over before the lunch break but during the interval the there was a return of the heavy hail and rain storms that ruined the second half of day one.

With the groundstaff using the bucket of a tractor to scoop ice off the field before even more rain fell, there was no chance of further play.