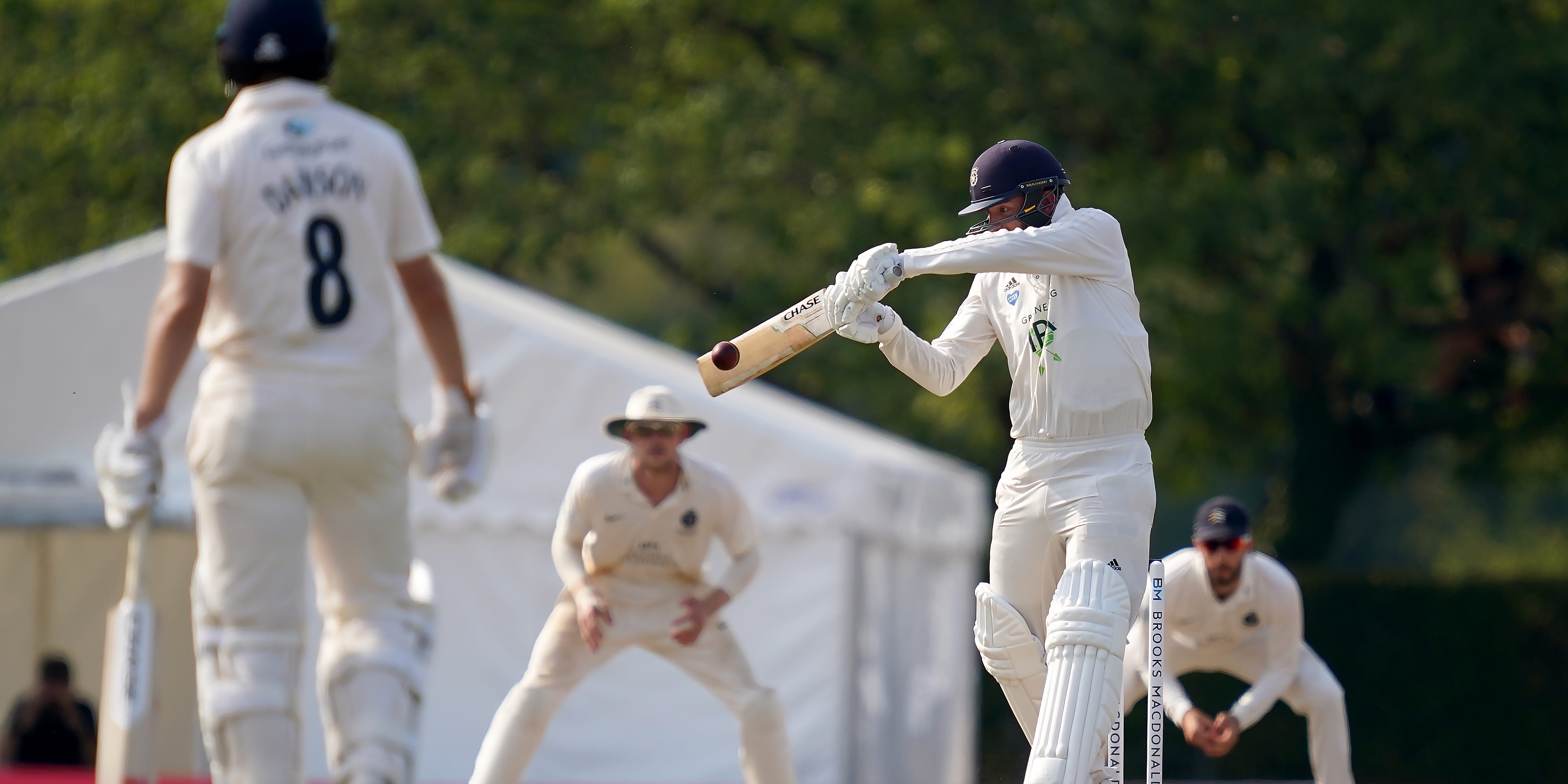 Hampshire kept the pressure on LV= Insurance County Championship leaders Surrey with an impressive seven-wicket victory away to Yorkshire.

The visitors had to chase 214 on the final day at Scarborough, after resuming on nine without loss, and openers Felix Organ and Ian Holland broke the back of the tricky target with a 135-run stand for the first wicket.

Both would fall short of centuries with Organ out for 72 and Holland dismissed for one run less before captain James Vince completed the job with 43 not out to earn second-placed Hampshire an eighth win in Division One this season.

Surrey earned a third consecutive triumph to stay at the summit with Kemar Roach’s sensational spell sparking a Warwickshire collapse.

Hashim Amla led the charge with an unbeaten 80 in a hundred partnership with Ollie Pope, who hit 52 after Rory Burns got the chase off to a fine start with 61 to help Surrey win with six wickets in hand and 21.2 overs left to spare.

Third-place Lancashire also kept the heat on ahead of red-ball cricket taking a break for the next month due to The Hundred and Royal London Cup.

Tom Bailey produced career-best match figures of 11 for 110 to help the hosts at Emirates Old Trafford bowl out Kent for 127 to secure a fine 184-run victory.

Rob Jones’ 65 not out helped Lancashire declare on 436 for nine, which set an unattainable chase of 312 and Bailey’s second five-for of the fixture ensured it remains a three-horse title race.

A frustrating draw for Essex against Somerset at Chelmsford looks to have all but ended their faint hopes of another County Championship.

Concussion substitute Tom Banton and James Rew struck contrasting maiden red-ball centuries for the away side to help them declare on 605 for six.

It left a lead of 100 and a tricky period for Essex to bat but they brushed off a fifth-ball dismissal for first innings double centurion Nick Browne to reach 30 for one before handshakes ensured both teams walked away with 12 points.

There was much more excitement at Cheltenham where Ryan Rickelton’s exhilarating 68 off 47 balls saw Northamptonshire successfully knock off a target of 202 with two wickets left.

Defeat left a bitter taste for Gloucestershire captain Graeme Van Buuren, who struck 127 not out and declared on 363 for nine to set up the chance of a positive result.

Zafar Gohar tried in vain to bowl the hosts to victory with five for 62 but Rickelton smashed three maximums and received able support from Will Young (43) before Northamptonshire survived a mini-collapse at the death to succeed with 20 balls to spare.

Division Two pace-setters Nottinghamshire increased their stranglehold on the league with an emphatic 256-run victory over Sussex with more than a day to spare.

After being bowled out for 301 to set the visitors 399 for victory at Trent Bridge, three-wicket hauls for Dane Paterson and James Pattinson saw the leaders dismiss the opposition for 142.

Title rivals Middlesex could only draw at Durham but home favourite Chris Rushworth was able to celebrate his 600th first-class wicket.

Rushworth’s milestone scalp helped bowl out the away side for 455, but the home team soon wiped out the 34-run deficit before reaching 142 for three when the anticipated draw was finally confirmed.

Anuj Dal claimed three wickets in seven balls on his way to a best return of five for 40 to help bowl out Worcestershire for 190 in pursuit of 289 and secure Derbyshire victory by 98 runs at New Road.