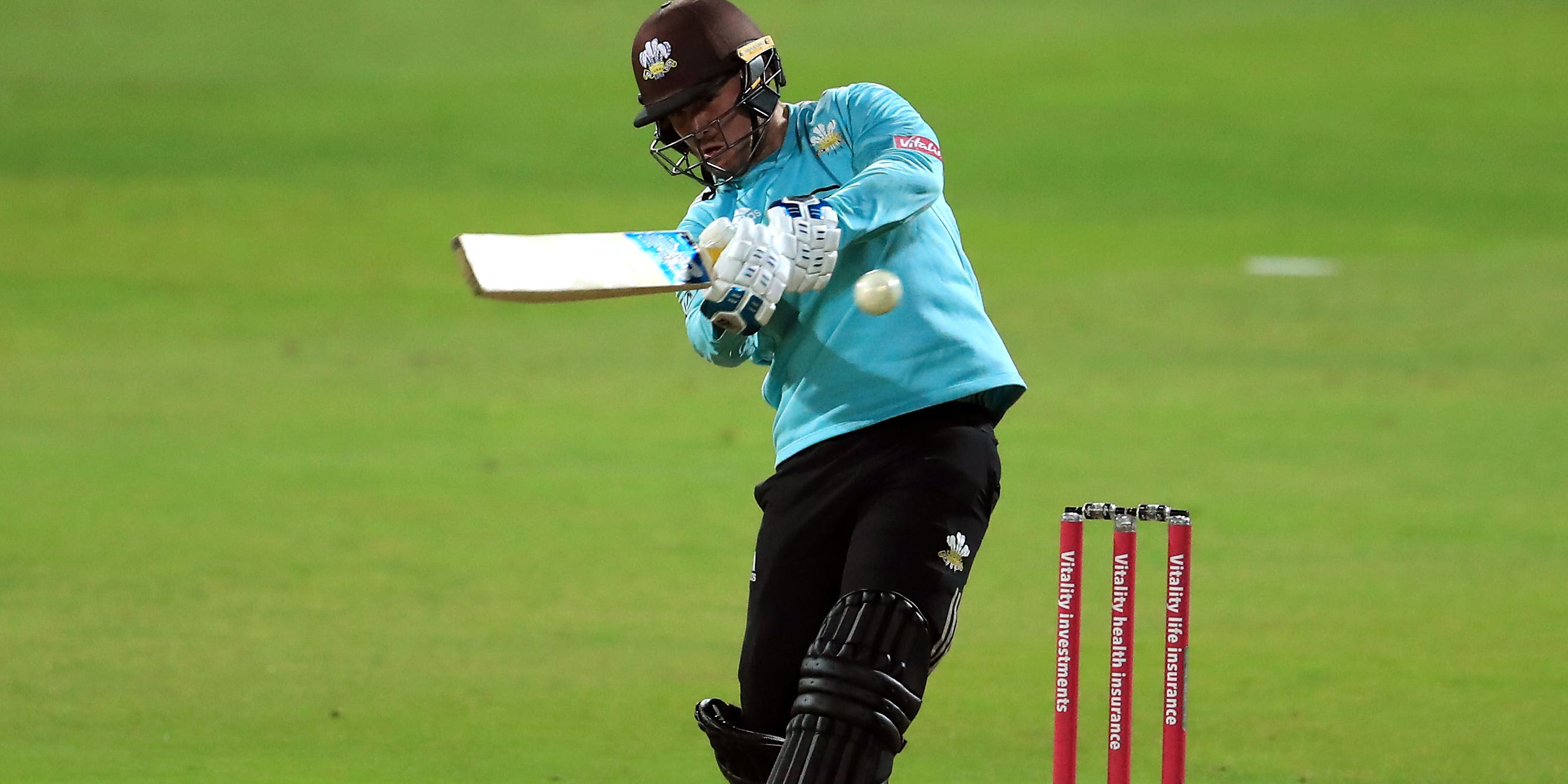 Jason Roy and Chris Jordan reminded the England selectors of their white-ball talents as Surrey strengthened their position as Vitality Blast South Group leaders with a 20-run win over London rivals Middlesex.

Roy crunched 81 in 45 balls at Lord’s, his innings forming the backbone of a formidable 208 for seven.

The hosts initially chased boldly, led by skipper Steven Eskinazi’s 47 from 21 balls, but Jordan’s superb return of four for 31 along with Sunil Narine’s two for 28 saw Surrey claim a sixth win of the campaign.

Roelof van der Merwe was the match-winner as Somerset recovered from a shock start to win a rain-affected clash against arch-rivals Gloucestershire by three wickets (DLS) at Bristol.

By the time rain interrupted play after five overs, Gloucestershire had raced to 61 for one, helped by Miles Hammond hitting four sixes off the opening six deliveries on his way to making 29 off just 12 balls.

The game was reduced to 10 overs per side at the resumption and the hosts went on to post 101 for five.

Somerset’s revised target was 112. They slumped to 55 for seven before Van der Merwe hammered an unbeaten 48 from 15 balls, with four sixes and as many fours, to see them to an unlikely victory with three balls to spare.

At Southampton, James Fuller continued his renaissance season by claiming four for 30 as Hampshire Hawks extended their up-tick in form to beat Essex Eagles by 32 runs.

All-rounder Fuller took his wicket tally to eight as the hosts made it three wins on the trot by defending 155, with Chris Wood and Brad Wheal also boasting a pair of wickets.

Earlier, Essex’s Ben Allison claimed his best T20 figures of three for 33 and leg spinner Matt Critchley snared three for 25 to take his Blast tally to nine for the season, with James Vince top scoring for Hampshire with 44.

In the North Group, Chris Lynn continued his purple patch with another unbeaten century as Northamptonshire Steelbacks cruised past Worcestershire Rapids by 73 runs to climb to second.

The Steelbacks opener struck 113 not out from 57 balls, despite batting with a runner for part of his innings, and his second-wicket stand of 115 with skipper Josh Cobb laid the foundations for their side’s winning total of 220 for three.

Bottom-of-the-table Worcestershire, who have now lost six of their seven matches, subsided to 147 all out at Wantage Road, with Cobb claiming career-best figures of five for 25.

Shan Masood delivered a masterclass in elegant timing to set up Derbyshire for a six-wicket victory over Leicestershire.

The Falcons skipper scored 73 from 32 balls as they chased down the Foxes’ 181 for six with eight balls to spare.

Aaron Lilley’s 67 from 41 balls had put the Foxes in a decent position but Masood’s brilliance led the way and, despite a late wobble, Brooke Guest’s unbeaten 29 from 19 balls took the Falcons to a third group victory.