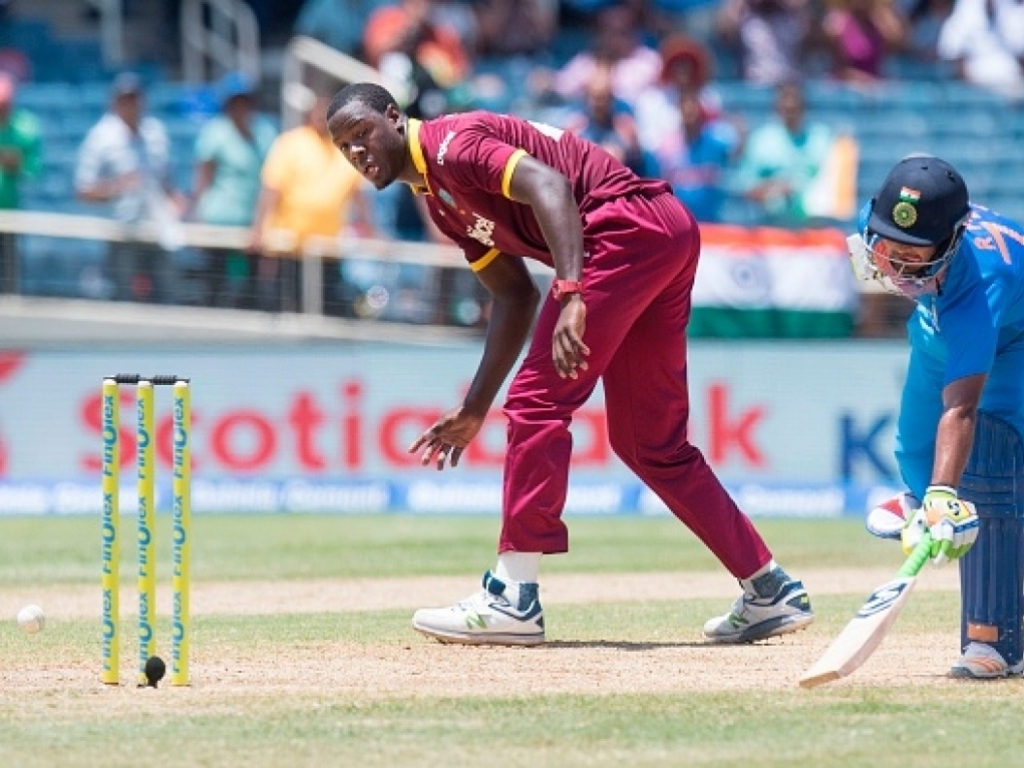 West Indies allrounder Carlos Brathwaite has signed to play for the Kent Spitfires in the opening four matches of the T20 Blast this season.

Brathwaite, who made his name hitting four successive sixes off Ben Stokes in the last over of the 2016 World T20 final against England, will join the Kent squad before their opening group match at Surrey on 6 July.

The 29-year-old Brathwaite is set to make his home debut at The County Ground against Hampshire on 13 July.

ALSO READ: Wahab signs up for Blast with Derbyshire

Brathwaite, who has played 3 Tests, 28 ODIs and 25 T20s for Windies, said: “I’m delighted to be joining Kent Spitfires for my first taste of county cricket.

“I have a good relationship with Sam Billings, having played in the same team at the IPL and BBL. Sam chatted to me about the opportunity to join and has told me a lot about the great support and atmosphere on T20 nights.

“I hope I can entertain the supporters and am looking forward to joining up with the Spitfires squad.”

Brathwaite has played T20 franchise cricket around the world, representing both Sydney Sixers and Thunder in the Big Bash League as well as Delhi Daredevils in the Indian Premier League (IPL).

Kent director of cricket Paul Downton said: “Carlos is a proven match winner. He is an explosive ball striker and a skilful white-ball bowler with good variations and extensive experience in the 20-over format.

“We are excited that Carlos will be with us for the start of our Vitality Blast campaign. I’m sure he’ll make an impact in his brief spell with the Spitfires.”